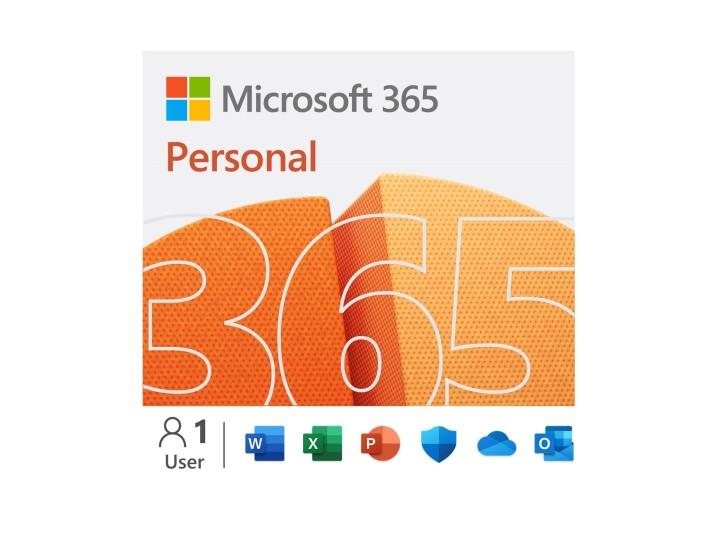 Surely you’ve heard of Microsoft Office, even if you’ve never had the pleasure (if you’d call it that) of using it yourself. Microsoft’s productivity software suite is as ubiquitous in offices, homes, and schools as the Windows operating system is, with millions of professionals and students using Office apps every day. The Office suite has a lot more to offer than just Word, Excel, and PowerPoint, though, so if you need help finding the right package for your needs, our roundup of the best Microsoft Office deals can make things a bit easier — and hopefully save you some cash.

This license includes a 12-month subscription to Microsoft 365 Personal for a single user, allowing access to the entire Office Suite, including Word, Excel, PowerPoint, Outlook, and more. You’ll also get up to 1TB of OneDrive cloud storage space — so you can move files seamlessly between your local devices and the cloud. It’s compatible with both PC and Mac. It is a great option for students, professionals working from home, and anyone that needs access to the Microsoft Office Suite from a personal computer.

This license includes a one-time download of Microsoft Office Home & Student 2021 for PC or Mac. It includes Microsoft Word, Excel, and PowerPoint, with local access. It’s meant for home and personal use and best for those who don’t need the entire suite of Office apps, just those included in this particular bundle — the staples.

This bundle doesn’t just include the entire Microsoft 365 suite, with a 1-year subscription, but also access to 24 languages on Rosetta Stone, which you can use to expand your knowledge. Office 365 Personal gives you access to the entire Office Suite, including Word, Excel, PowerPoint, and Outlook, with 1TB of OneDrive cloud storage space, as well. Some of the languages available through Rosetta Stone include Spanish Latin America, French, Chinese Mandarin, Japanese, Russian, Polish, and many more. If you’re traveling abroad, whether for business, school, or a personal reason, learning the many languages can help you speak to the locals.

Microsoft Office 2021 is the latest iteration of its classic Office suite. The standard Personal version features Microsoft Word, Excel, and PowerPoint as its core apps while the Professional version features the same core apps as Microsoft 365, but note that it lacks cloud services like Skype and OneDrive (however, you can get basic versions of these programs for free). Another thing to bear in mind is that your Office 2021 license only allows you to install it on one Windows or MacOS computer at a time — no other devices are supported, and neither are multiple installations across several devices. For that, you will need to upgrade to Microsoft Microsoft 365. The flip-side of that coin is that Microsoft Office 2021 is a “buy once, cry once” affair (once you own it, it’s yours), whereas Microsoft 365 has a monthly subscription fee.

Microsoft 365, formerly called Office 365, is the cream of the Microsoft Office crop. This subscription-based suite features everything that Microsoft Office has to offer, including the whole lineup of Office apps along with Microsoft Outlook, Publisher, and Access. You also get the premium OneDrive and Skype cloud services on top of that, and you’re not limited to what devices you’re permitted to use Microsoft 365 on. You can install your copy on any Windows PC, Mac computer, or compatible mobile device that you own (or all of them at the same time if you wish).

You’ll pay for the privilege, though: Microsoft 365 is the most expensive of the bunch, and it comes with a monthly subscription fee, too. Nonetheless, as the most full-featured Office package, Microsoft 365 is hands-down the best choice for professionals, business owners, and other serious users.

A beginner’s guide to Microsoft Office

Microsoft 365 has some enhanced features like those additional cloud services and multi-device installations, but it’s more expensive and requires a monthly subscription. That said, it’s a better choice for use in a professional environment, and it’s the only one that can be used on mobile devices. You are also not limited to only one device installation at a time as you are with Microsoft Office 2021.

Almost everybody is at least vaguely familiar with Microsoft Word, PowerPoint, and Excel, but Microsoft Office has more to offer than word processing and spreadsheets (as important as those are). The Office suites are a bit different and there are also some notable differences with things like cloud services and usage licenses, so a side-by-side breakdown is in order. Here’s everything you get with Microsoft Office 2021 and Microsoft 365:

Does Microsoft Office work on Mac?

Although it’s from the same software company behind the Windows operating system, Microsoft Office is compatible with Mac computers. More good news for Apple heads is that you don’t need a special version of Office for your Mac computer, either: Your Microsoft Office 2021 or Microsoft 365 key is valid for both Windows and Mac versions.

Does Microsoft Office work on Chromebook?

Although it might not be a huge shock to discover that Microsoft Office works on Mac, some might be surprised to see that it’s also available for Chrome OS. However, you can’t run your Windows or Mac desktop version on your Chromebook; instead, you’ll need to head over to the Google Play Store and download the Chrome OS version of Office there.

Can you get Microsoft Office for free?

You can get a free trial of Microsoft 365, but generally speaking, Microsoft Office is not available for free to most users. However, you may be able to get it for free through your school or place of employment, so you may want to check and see if that is an option. If you’re really strapped for cash or if your needs are modest, then you may also consider checking out one of the free Microsoft Office alternatives; if you just love the stability and familiarity of the real thing, though, then one of the above Microsoft Office deals is your best way to save.

Looking for more great stuff? Find tech discounts and much more on our curated deals page, including the latest Photoshop deals.