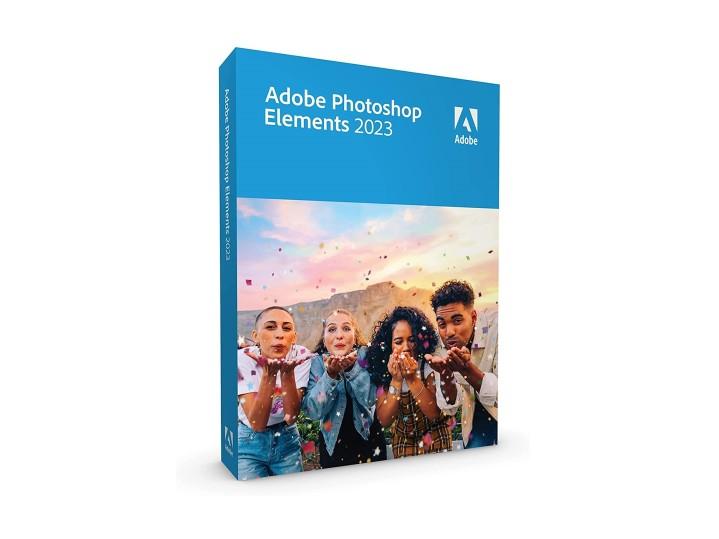 Photoshop is one of those names that’s so well-known that the brand itself has become a catch-all word for any type of digital image editing. That’s because Adobe’s design suite is by far the favorite tool of digital artists, professional and amateur alike, and no other software really comes close. That’s not likely to change any time soon, either, and it’s no mystery why: Photoshop is hands-down the most powerful and feature-rich app on the market for graphic designers, photographers, and other creatives, but it’s not free, so it never hurts to look for a discount. Our roundup of the best Adobe Photoshop deals and lowest prices is where you’ll find it:

Designed for everyone, meaning you don’t have to be adept with photo editing software to use it, Adobe Photoshop Elements makes image and photo manipulation a cinch. You can utilize 61 fully-guided edit tools, craft personalized creations from scratch, or leverage the Abode Sensei AI tech to do the heavy lifting — like adding animated overlays. This bundle does not include a DVD or physical copy but a prepaid card with a redemption code for digital access. It works with both PC and Mac computers. It’s one-time use providing local access with no need for a subscription. Licensed Elements users can also access the web companion app, and get 2GB of cloud storage.

This digital bundle, for Windows computers, offers two Adobe Photoshop products, including Photoshop Elements 2023, and Premiere Elements 2023. Both tools make photo editing easier for everyone, with Premiere Elements offering more advanced solutions. You can take advantage of one-click subject selection, to manipulate photo content quickly, erase distractions, quickly touch up facial features, create collages, and much, much more. Plus, the companion app is included, with web editing access for licensed users, and up to 2GB of cloud storage.

A beginner’s guide to Adobe Photoshop

Adobe Photoshop has been around for decades and has evolved a lot during that time. The popular, full-featured Photoshop program that most of us think of when we think of this software is now part of the Creative Cloud suite, which is a larger bundle of Adobe programs designed for professionals. That said, you can still get Photoshop by itself if you wish, or Photoshop with some other Creative Cloud apps, without paying for the whole bundle (although although at about $20 per month for Photoshop alone, buying one of the above Photoshop bundle deals is a much better value overall). Just bear in mind that these programs, including the standard Photoshop app, are subscription-based.

For those after something a bit more pared-down, however, as well as for casual users who don’t want to be tied to a monthly or yearly payment plan, there is Adobe Photoshop Elements. Originally released with Adobe Photoshop 6, Photoshop Elements is a simpler software suite that’s more geared toward photo editing and simple graphic design tasks rather than for serious professional work. It’s naturally cheaper and it doesn’t follow a subscription-based payment model. Like pretty much all Adobe software, both Adobe Photoshop Elements and the Creative Cloud software packages are available for both Windows and Mac.

Adobe Creative Cloud is a suite of multiple editing apps — think something akin to Microsoft Office, except even more expansive — that contains the full-featured Adobe Photoshop graphic design program along with a bundle of other software. The full Creative Cloud umbrella covers apps like Lightroom, Illustrator, Dreamweaver, and Premiere, to name only a few of the most popular, and follows a subscription-based structure where you pay a monthly or yearly fee (a yearly plan is arguably the best way to score an Adobe Photoshop deal here). There are different plans available as well, so you don’t necessarily have to pay for the whole thing if you don’t need it. Adobe Creative Cloud is premium software with a price tag to match, but it contains the full-featured version of Photoshop and is far and away the best choice for professionals and other serious users. One of the above Photoshop deals may also help you save some money on it, too.

The latest 2023 revision of Adobe Photoshop Elements succeeded the 2022 version as Adobe’s entry-level raster graphics editor and is the best choice for amateur and casual users. The standard Photoshop Elements 2023 package is more focused on photography and photo editing than on 2D graphic design, making it less useful than Creative Cloud (which features the standard full-featured Photoshop program) for professional use. Nonetheless, it’s a great pick for hobbyists and general users, especially when you consider that it’s considerably cheaper than Adobe Creative Cloud and doesn’t tether you to a monthly or yearly payment plan.

Is Adobe Photoshop a subscription?

Adobe Photoshop Elements is a one-time purchase, so when you buy it, you own that license for life with no subscription fees. The more full-featured and professional-grade Adobe Creative Cloud apps and bundles, on the other hand, are subscription-based (not unlike Microsoft’s Office 365 suite), but you don’t have to pay for the whole thing to get Photoshop. Packages like the Creative Cloud Photography Plan, which bundles Photoshop with Lightroom, represent some cheaper options for those who only need particular apps. Also, a good way to score an Adobe Photoshop deal on these subscription-based plans is to look for discounts on a yearly license paid in advance rather than month to month.

Does Adobe Photoshop work on Chromebook?

As of now, Adobe Photoshop and other Creative Cloud apps are only available for Windows and MacOS. However, those of you who work on a Chromebook aren’t without some options: Chrome OS users can download Photoshop Express, the mobile version of Photoshop which works on a Chromebook thanks to the operating system’s compatibility with Android apps. Chrome OS also allows for remote desktop control, meaning you can use your Chromebook to remotely access a PC or Mac that’s running Adobe Photoshop and use it that way.