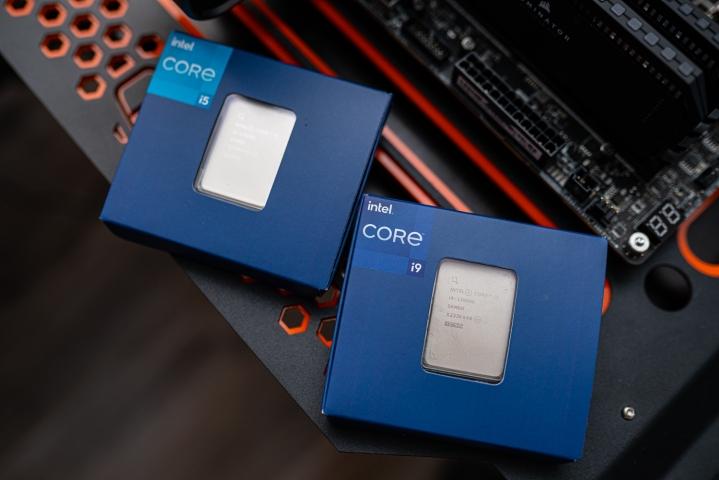 Intel’s Core i5 and i7 CPUs are still the most popular processors you can buy — and for good reason. But what’s the difference between them? Like most computer components, there are dozens of models at each tier to choose from, and it can get a little overwhelming.

We’re here to break down all the differences between Intel’s Core i5 and Core i7, both on desktop and mobile. They’re closer than they were in previous years, but choosing the right processor can make a huge difference in how your PC runs.

Intel Core i5 vs i7: what’s the difference?

Intel separates its processors into various tiers, and Core i5 and Core i7 sit in the middle between Core i3 at the low end and Core i9 at the high end. If you’re buying a new PC, there’s a good chance it has a Core i5 or Core i7 — these are the best processors for most people.

In generations past, there was a really big difference between Core i5 and Core i7, but Intel has blurred the lines between the two ranges for the past several generations. Core i5 processors are mainstream, workhorse processors. Gaming, productivity, and everything in between, Core i5 processors generally deliver solid performance and great value.

Core i7 processors are a bit more powerful. Over Core i5 processors, they come with more cores and faster clock speeds, making them a great option if you do heavy-duty work like video editing or CAD. However, this high-end has largely been taken over by processors like the Core i9-12900K, leaving the Core i7 range in a purgatory between the value-focused Core i5 and the peak performance of Core i9.

The i5 processors sit in a sweet spot of price versus performance. For most users, an i5 is more than enough to handle day-to-day tasks, and they can even hold their own when it comes to gaming. The most recent i5 chips top out at 14 cores on desktop and 12 cores on mobile with boost clock speeds reaching above 5GHz.

You can run some intensive applications, such as Adobe Premiere, on an i5, but will see more of a benefit with an i7 than you might in gaming. The latest desktop i7s, in particular, offer more cores and threads, as well as boost frequencies above 5GHz. For video and audio editing, an i7 is ideal, even if you can handle some light tasks with an i5.

If you want to play games, browse the internet, and dip your toes into applications like Premiere or Photoshop, stick with an i5 (assuming you have a decent GPU backing it up). Those using professional applications frequently will want to opt for an i7 (or even upgrade to an i9, especially if you’re dealing with motion graphics and running simulations).

Intel Core i7 on Amazon

i5 versus i7 on the desktop

On desktop, Intel’s most recent processors are 13th-gen Raptor Lake chips. There’s only one Core i5 and Core i7 available right now — the Core i5-13600K and Core i7-13700K. This should change shortly as Intel introduces more processors into its lineup throughout 2023.

The Core i5-13600K comes with 14 cores split across six performance (P) cores and eight efficient (E) cores. It’s great for gaming, as well as light video and photo editing, largely on the back of its boosted cache and 5.1GHz maximum clock speed.

Each of these processers comes in multiple variations. The 12600K, for example, is unlocked for overclocking, while the 12600 is not. The 12400F doesn’t come with integrated graphics. You can deduce the processor’s features from the suffix. You can learn about Intel’s naming scheme in our CPU buying guide.

Like the range of i5s, the Core i7 processors come comes in several variations with different features. If you’re shopping for a desktop, make sure to look for the 12700K. It should be the most readily available chip, and it supports overclocking, though the 12700F will be the most affordable and still offers impressive performance.

Out of all the current desktop offerings, we recommend the Core i5-13600K most as it represents an excellent value, with enough power for gaming and light productivity tasks. If you are looking for more performance, the i7-13700K is the way to go, but do remember that both of these chips run quite hot, so you’ll want to use a high-quality cooler. The good news is that 13th-gen processors use the same socket as 12th-gen, but double-check that your motherboard supports an LGA1700 socket before upgrading.

i5 versus i7 on laptops

The 12th-gen Alder Lake series expands to mobile devices with Alder Lake-U and Alder Lake-P for thin and light notebooks, while Alder Lake-H caters to high-performance notebooks. 13th-gen Raptor Lake mobile processors aren’t here yet, but we expect them in 2023.

The lineup is a bit complicated here, so bear with us. There are two i5 processors, the i5-1250P and i5-1240P, under the Alder Lake-P series, which is for performance-focused, thin and light notebooks. Both feature a total of 12 cores and a 16-thread setup, with the only difference being in the maximum frequency of the Iris Xe graphics. Under the Alder Lake-U series, meant for modern thin and light notebooks with lower TDP, are four models — i5-1230U, i5-1235U, i5-1240U, and the i5-1245U. All of these chips come with 10 cores and 12 threads but have different P-Core and E-Core clock speeds.

Similarly, the Core-i7 has various models under the Alder Lake-P and Alder Lake-U series. There are three performance-oriented models — i7-1260P, i7-1270P, and i7-1280P. The former two feature 12 cores and 16 threads and differ in the base and turbo boost clock speeds. The 1280P offers a slight edge over the two by including two extra performance cores, extra threads, higher turbo boost clock speeds, and a smarter cache.

Outside of thin-and-light laptops, Intel has its Alder Lake-H chips. The “H” is for high performance, and these chips are usually seen on gaming laptops. There are three models each under the Core i5 and Core i7 series. Sitting at the bottom of the queue is the i5-12450H having an octa-core (4E + 4P) layout with 12 threads and a peak turbo clock speed of 4.4GHz on the performance cores. Moving up the ladder, we have the i5-12500H and i5-12600H, both offering a higher core and thread count (12 cores and 16 threads), smarter cache, and higher execution units (EU) on the Iris Xe graphics. As for the Core i7, the 12650H packs a 10-core and 16-thread layout with 64 execution units on the Iris Xe graphics, while the more powerful 12700H and 12800H come with 14 cores, 20 threads, and more execution units for the graphics. In terms of clock speeds, there isn’t a huge difference between the three Core i7 models.

As with desktop chips, Core i7 CPUs tend to be a lot more expensive. If you were buying an XPS 13, for example, a Core i7 CPU can cost as much as $300 to $400 extra in an otherwise identical configuration.

A higher clock speed is better, so if you have the extra cash, a 12th-gen i7 is a great option. The i7-1280P consumes the same amount of power as the i5-1250P while boasting a higher boost clock speed, making it ideal for high-performance thin-and-light laptops. Core i5s are still excellent, though, representing solid midrange performance at a lower power demand.

It’s also worth mentioning Intel’s older Tiger Lake chips. They’re based on the same 10nm process as the newer-gen Alder Lake chips, although they introduced the next-gen Iris Xe graphics, which were a shift from the older Intel UHD. General compute performance isn’t much worse, though, so if you want to save some money, opting for a higher-tier Tiger Lake CPU instead of an Alder Lake alternative may be a good way to stay within your budget.

What about Core i9?

Intel’s Core i5 and Core i7 CPUs might be powerful, but they’re mainstream, consumer-targeted CPUs. Intel’s higher-end Core i9 chips are typically aimed more at professionals or the most affluent of gamers who need even more power, with most chips bearing that moniker having costs upward of $1,000 in the past. In 2022, however, they were much more affordable.

The 12900HX is currently the most powerful chip offered by Intel in the mobile space, packing 16 cores into a laptop CPU, but you’ll only find it in bulky gaming laptops like the MSI GT77 Titan.

For desktop PCs, though, Intel’s most recent offering is the Core i9-13900K. It is definitely an impressive CPU, offering a big leap in performance compared to the previous generation of Core i9 models. It can be cranked up to 5.2GHz clock speeds and is a power guzzler with a rated turbo TDP of 252W.

If you have workloads that can use the extra power of an i7, consider springing for an i9 (especially if you can get a last-gen chip on sale).

Laptops are a different beast. Even the fastest laptop processor can perform poorly in the wrong machine, so it’s important to read individual laptop reviews.

Are more cores and threads necessary?

There’s now a smaller gap between i5 and i7 processors with Intel’s most recent round of offerings, particularly for desktop users. Your processor can process more information at once, thanks to more threads and cores. Instead of stressing a single core or thread, the processor spreads out the workload. So, the benefit of more cores and threads is clear: It allows the processor to better handle multitasking.

Computer components are complex; something that seems like a small feature can have a major influence in terms of your device’s output. Some applications are explicitly optimized to capitalize on multiple threats, in conjunction with most file compression and decompression, Adobe Premiere, and Handbrake apps.

There are only a few applications that still use a single thread or core from your computer. Most apps will use all of your processor’s threads and cores, so they run smoothly and efficiently.

If you’re looking for the best option for gaming, you’ll want no less than six or eight cores to get the smoothest graphics and experience no lag. Anything more than that, and the only benefits you’ll see are in production applications such as video editing and transcoding.