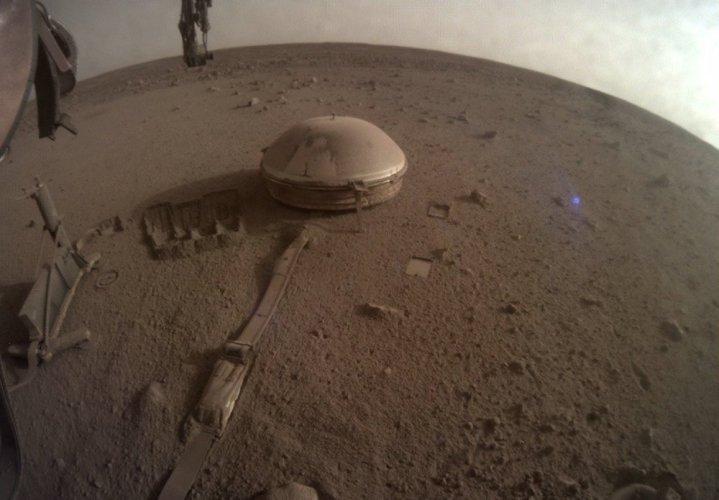 It’s been known for some time that NASA’s InSight Lander was coming to the end of its operations on Mars after four years of service. And it looks as if its final communication with Earth has just taken place.

The ability of the lander to maintain power has been impacted by a gradual build-up of dust on the lander’s two 7-feet-wide solar panels.

In a tweet tinged with sadness, InSight’s Twitter account this week posted what is likely to be its last image from the red planet before the robot finally shuts down.

“My power’s really low, so this may be the last image I can send,” InSight said in the tweet. “Don’t worry about me though: my time here has been both productive and serene. If I can keep talking to my mission team, I will — but I’ll be signing off here soon. Thanks for staying with me.”

My power’s really low, so this may be the last image I can send. Don’t worry about me though: my time here has been both productive and serene. If I can keep talking to my mission team, I will – but I’ll be signing off here soon. Thanks for staying with me. pic.twitter.com/wkYKww15kQ

In another tweet shared at the end of November, InSight said: “I’ve been lucky enough to live on two planets. Four years ago, I arrived safely at the second one, to the delight of my family back on the first. Thanks to my team for sending me on this journey of discovery. Hope I’ve done you proud.”

NASA said on Wednesday that it will officially declare the mission over when InSight misses two consecutive communication sessions with the spacecraft orbiting Mars — part of the Mars Relay Network — so long as the cause of the missed communication is the lander itself. After that, the space agency said its Deep Space Network will keep listening out for a while, “just in case.”

InSight launched from Vandenberg Air Force Base in California on May 5, 2018, reaching Mars six months later on November 26.

Unlike other Mars rovers such as Perseverance and Curiosity, InSight has no wheels and so stayed in the same spot on at Elysium Planitia for the entirety of its mission.

NASA said that unlike the missions still being undertaken by the rovers, InSight’s science activities were designed to be “more like a marathon than a sprint.”

The space agency added how over the last four years, “the lander data has yielded details about Mars’ interior layers, its liquid core, the surprisingly variable remnants beneath the surface of its mostly extinct magnetic field, weather on this part of Mars, and lots of quake activity.”

Bruce Banerdt, principal investigator of the InSight mission, said earlier this year that one of the robot’s legacies is that it “really proves the technique of seismology for planetary science,” adding: “We’ve been able to map out the inside of Mars for the first time in history.”