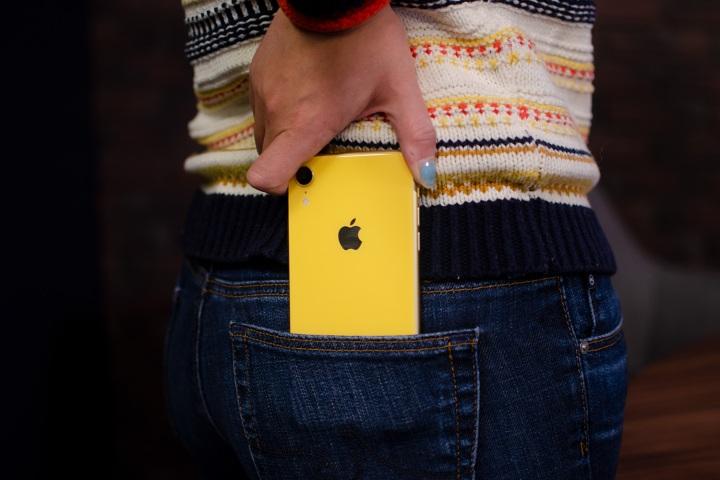 Apple repurposed the iPhone 8 design with the iPhone SE 2 and iPhone SE 3 — and both of them did quite well. But folks have been itching for something new. According to previous reports this year, Apple was looking to redesign the next iPhone SE, with a launch set for 2023.

For the unaware, the “redesign” in question was supposed to be based on the iPhone XR‘s design. But it looks like the company has shelved its plans to launch the iPhone SE 4 next year. According to analyst Ming-Chi Kuo, Apple is expected to cancel or at least postpone the iPhone SE 4 until 2024.

Why there won’t be an iPhone SE 4 next year

As per Kuo’s latest tweets, Apple is reevaluating its strategy and pricing because it was planning to bring the iPhone XR’s full-screen design to the next-gen iPhone SE. It would have resulted in a higher cost of production since the new design would have dropped Touch ID in favor of Face ID. The latter is more expensive to make as there are more sensors involved in executing the facial scans to unlock the smartphone.

The analyst says that scaling back and postponing the iPhone SE 4 will help Apple reduce unnecessary new product development expenses. The next-gen iPhone SE was also supposed to be launched sometime around March or April 2023, which is expected to be a year of global economic recession. The postponement of the iPhone SE 4 is said to be aimed at helping Apple navigate “the challenges of the global economic recession in 2023.”

Why a delayed iPhone SE 4 is a good thing

The best part of the smartphone market is that there is something for everyone. At least, that was true until 2021, when Apple last offered a mini model of the iPhone targeted toward a niche audience of compact phones. Or did that statement stop being true when Apple removed Touch ID from its mainline iPhones and forced everyone to migrate to Face ID in 2017 with the launch of the iPhone X?

Even with those drastic changes, I still think Apple’s current lineup caters quite nicely to every kind of smartphone user.

Think about it: a small phone and Touch ID. Combine the two, and what do you get? An iPhone SE. In my opinion, the iPhone SE 3 is still the go-to option for anyone wanting a phone with Touch ID in 2022. Remember that Chris Evans interview with Collider? The one where he explained how he misses his old iPhone 6s due to the absence of a home button on his new iPhone? It serves as an excellent example that there are people who still want Touch ID on their iPhones. And the iPhone SE 3 seems to be the last of its kind to offer the home button without compromising on performance.

The iPhone SE 3 also serves another niche audience – the one that wants compact phones in 2022, an era where most phones have a 6.1-inch or bigger display. Is there enough of an audience for the compact form factor? Absolutely not; that’s why the iPhone 12 mini and iPhone 13 mini failed to make a dent in the market and were later replaced by the bigger iPhone 14 Plus.

I’m in favor of Apple keeping the iPhone 8 design language for yet another year — even if not everyone’s a fan of the iPhone SE 3. There is an audience that wants a compact phone with a home button that also doubles up as Face ID, so why not give people the option to purchase something they like without compromising on performance or the software experience?

There are people who want to keep their iPhone 7 around just for the home button, like Chris Evans. Keeping the iPhone SE 3 around for another year would serve this audience well, and they’d be able to upgrade to better performance, camera, and software support without losing out on the tried-and-true design.

If Apple goes ahead with the iPhone SE 4, we are likely to get yet another iPhone with Face ID and a bigger (as compared to iPhone SE 3) screen. And not everyone wants that. There are people who don’t want their phones to scan their faces as soon as they turn on their smartphones. Putting your finger on the scanner is a deliberate choice, instead of opting to give your phone permission to scan your face at will.

And finally, people still like to buy cheap iPhones. Making design changes to go full-screen and including Face ID would inevitably increase the market price for the iPhone SE 4. And, I speculate, the next iPhone SE could sit right under the next vanilla flagship iPhone with a $100 price difference. Or it will serve as a means to justify the price hike for the following flagship iPhone.

So, Apple not launching an iPhone SE 4 in 2023 or canceling it altogether might actually be a good move. And keeping the iPhone SE 3 around for yet another year could make its loyal customers happy.