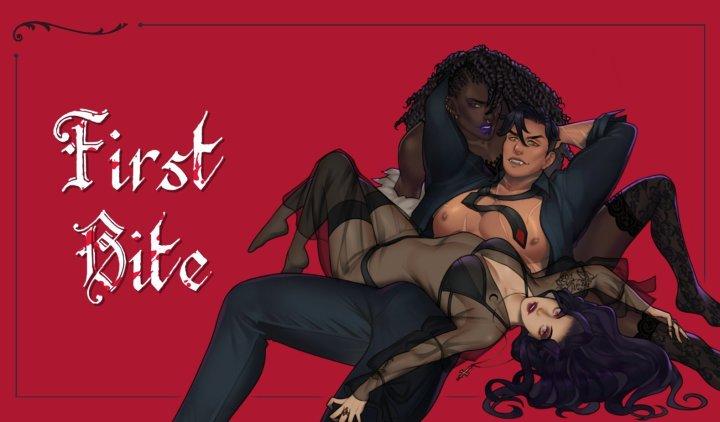 Visual novels, once a niche with a long history before the last decade, have become a popular choice among players over the course of the 2010s and 2020s. It’s a narrative style that covers all sorts of game genres within an interactive, dialogue-driven story — from sci-fi, adventure, and horror, all the way to romance.

That diversity is especially reflected in the romance genre of visual novels, which has a large number of games that include queer representation — meaning that players are free to pursue a range of different characters in a romantic sense in games like Dungeon Boyfriend, First Bite, and Our Life: Our Beginning and Always.

While visual novels alone aren’t the only kind of game where players can find queer romance stories, they do seem to be more abundant in the visual novel space. Steam alone has 802 visual novels that are tagged as LGBT while Itch.io, an online marketplace that hosts indie games, has 1,289 LGBT visual novels (as of December 7, 2022).

Stories like this can require extra care from developers. They can present unique requirements for writers looking to create visual novel storylines and characters — especially when taking on the task of creating stories that represent the LGBT+ community. From conversations with a handful of writers, it quickly became clear that there’s a blend of particular elements that come along with writing queer characters and the typical writing struggles that writers face on the daily.

On scope and player agency

There was a range of topics that came up during the discussions we had with creators about working on queer romance stories, but the early development process stands out as an area to highlight — especially in terms of scope and the different approaches to player agency that writers can take.

“I feel like one of the most important things to keep track of is, honestly, scope and timeline,” Aeene Schumann, who wears several hats on the First Bite Games team, tells Digital Trends. “Luckily, all four of us [the First Bite team] are seasoned writers, and the writing itself is something we are all very used to. But it’s knowing when to cut back or how to keep your project on a certain timeline so it actually gets finished, that is what we all needed to be on top of during First Bite. “

For Kitfox Games, the studio behind last year’s Boyfriend Dungeon, determining scope also played an important role in how they chose to prioritize early on. “The development of Boyfriend Dungeon took much longer than we initially thought it would. That being said, I do think it saved us a LOT of time (years, potentially) that we decided very early on what the scope and impact of choices would be in the dates,” Tanya X. Short, director and designer at Kitfox Games, says. “I decided we would prioritize the feeling of emotional agency of the love interests, and humanize their struggles, rather than prioritize the player agency and their control.”

A bit opposite to Short and Kitfox Game’s approach to player agency in Boyfriend Dungeon, Kris Wise and Souha Al-Samkari, both creators and writers for First Bite, shared that different choices and routes a player might take can impact their writing decisions early on, even if story and character choices may change later on in the development process.

“It really depends on you and your process. For me, they [player choices and routes] are, because I tend to compose my stories around certain experiences I want to provide (wouldn’t it be cool if you had to do x, y, z) and then I angle them that way,” Al-Samkari tells Digital Trends.

“I personally tend to map out my choices in a very basic way when drafting. Just loosely figuring out what experiences we want to give the player more agency in,” Wise says. “But more often than not those choices will change form when I actually get into the meat of writing the story so I try not to get too attached to them.”

Writing queer characters and their romances

Within the LGBT+ community, there’s undoubtedly a range of different identities represented. And when it comes to writing queer love interests in visual novels, curiosity arises about whether or not the creators kept anything in particular in mind as they worked on the romanceable characters that can be found in their games. That includes taking into consideration how players themselves may identify and how that might affect the choices they make while playing.

The most important thing to keep in mind is that we as queer people are not a monolith.

And just as with scope and player agency, there were similarities and differences in how each creator approached writing both the characters and romance stories in the visual novels they work on. For Boyfriend Dungeon, Short discusses that each potential love interest had at least two flags that the creators would set based on a player’s choices that could be referenced in the future.

“The most basic and frequent check was whether the player had confirmed they wanted to be Platonic or Romantic (which was sometimes kept perhaps a bit too obscure), but for example, there’s one character that notices if you reject their offer of tea, and will then instead always offer you other beverages instead,” Short says.

For Short, the focus when writing centers more around romanceable love interests. “Usually if I focused on the character, and what they were interested in. The gender/sexuality of the player didn’t need to matter so much, because in some ways they’re almost more of a supporting character, whereas the love interest is the protagonist, when it comes to their own life and decisions, you know?”

A key point that arose during these conversations was the pressure that creators can feel when creating queer characters. The video game industry as a whole has seen changes in LGBT+ representation over the last few years, but that doesn’t necessarily mean that the pressure is gone, especially when a lot of that representation can often feel like an afterthought. For Wise, that serves as a good reminder about a key thing to keep in mind during their writing process — which centers around player choice and viewing the player character as more of a blank slate.

“There’s a great deal of pressure when creating queer characters — especially where romance is involved — to provide good representation,” Wise tells Digital Trends. “The most important thing to keep in mind is that we as queer people are not a monolith, so although we might not be able to offer every queer person who plays something to fully relate to, they might be able to see a little part of themselves in the characters and their stories.”

The queer visual novel space, just as any other part of the gaming industry, is continuously changing — be that in terms of challenges that creators face, the kinds of stories being told, and the kind of pressure that Wise mentioned. When it comes to the pressure around creating properly represented queer characters, everyday writing struggles still exist. “For me generally, my struggles are just regular writing struggles, which can be just finding the ability to push through mental blocks or life stuff and just writing the damn thing.” Al-Samkari says.

All you can do is try to present an authentic experience, for the perspectives you do provide. That has to be enough.

But in addition to your everyday writing struggles, there also seemed to be consensus on approaching writing characters with authenticity across the board.

“The more diversity and inclusion you try to account for, the more you have to be wary of tokenism and stereotypes creeping in,” Short tells Digital Trends. “And the main solution to that is to always add at least two examples of every kind of character/marginalization, but then of course your cast gets huge very quickly. There are either infinite sexualities and genders, or uncountably finite amounts, so you really can’t provide all the kinds of representation. All you can do is try to present an authentic experience for the perspectives you do provide. That has to be enough.”

Short was sure to point out that creators should be aware that they open themselves up to more intense scrutiny. “It can feel unfair to be held to higher standards than much bigger, less-sensitive stories,” Short says. “But really, the more you signal that you’re trying to do something, whether it’s queer or otherwise, the more people will then evaluate you for whether or not you successfully do that something.”

“And that’s fair, even if it’s not always kind.”