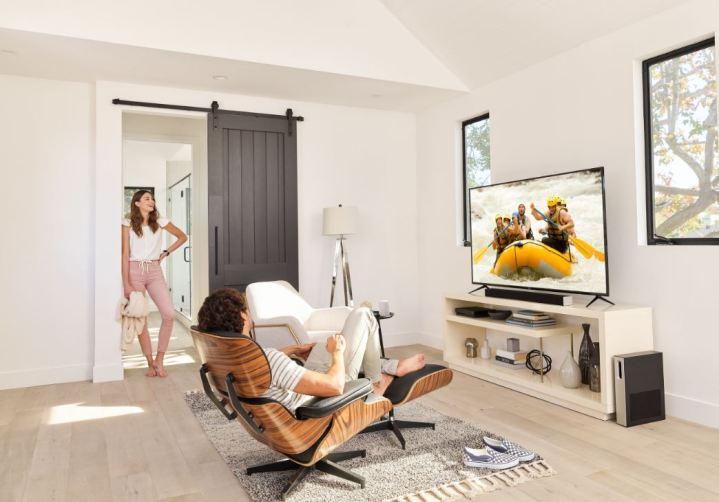 If you’re looking for one of the cheaper TV deals around, you’re going to love what Walmart has to offer. Right now, you can buy the Vizio 50-inch V-Series 4K TV for only $298. A saving of $60, it’s just become even more of a bargain than before, and it’s sure to be a hit for anyone on a budget. From a reputable brand, you’ll be delighted with how well it works and looks for the price. You’ll need to be fast though as the deal is proving highly popular. Here’s why you need it in your life.

Vizio is one of the best TV brands around so you can be safe in the knowledge you’re spending your money wisely. With the Vizio 50-inch V-Series 4K TV, you get more than just the basics. Besides the large 4K display, it has support for HDR10 as well as HLG formats. With Dolby Vision Bright Mode, you get to see more lifelike accuracy along with excellent color saturation, black detail, and brightness. The TV also uses a full array backlight so that LEDs are evenly distributed across the screen’s backlight giving you superior light uniformity and picture performance.

Adding to that, the Vizio 50-inch V-Series 4K TV also has active pixel tuning so that it can intelligently adjust brightness at pixel level for superior visual contrast frame by frame. There’s also Vizio’s IQ Active processor which helps upscale content to 4K standard. For gamers, the V-Gaming Engine also provides them with sub 10ms input lag, variable refresh rate, and an auto game mode so they get an optimized picture without having to do a thing. Three HDMI 2.1 ports are also useful for hooking up the latest consoles and is the kind of thing you’d usually see from the best TVs around. Your streaming needs are also catered for thanks to Vizio’s SmartCast with lightning-fast navigation and plenty of your favorite streaming apps. There’s also Apple AirPlay and Chromecast built-in.

An impressively feature-rich TV for the price, the Vizio 50-inch V-Series 4K TV is normally $358. Right now, at Walmart, you can pay just $298 for this well-designed TV. Snap it up now and enjoy the $60 saving. Be quick though as it’s proving very popular.