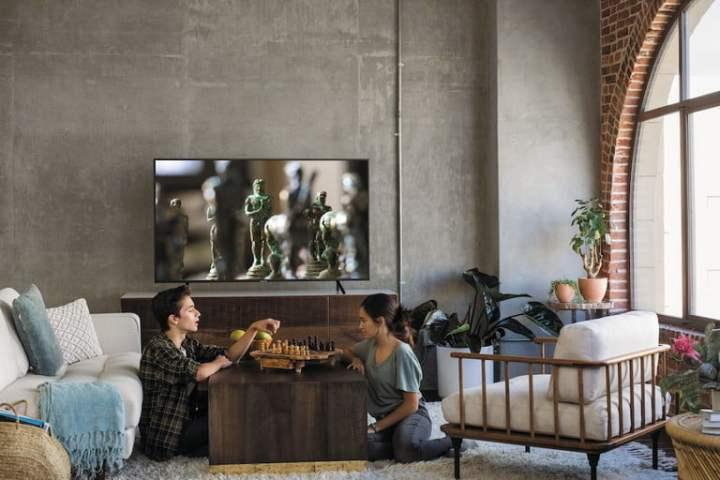 Samsung makes some of the best TVs and is a big player in the market, which often means that its TVs can be quite expensive, especially when you go larger. But, with the holidays around the corner, we’ve seen some excellent deals on Samsung TVs, like this 75-inch TU7000, one of the higher-end Samsung TVs. If you’ve been wanting a large Samsung TV, you can pick one up from Samsung and get it for $680, rather than the $800 it usually goes for, which is a nice $120 discount.

If you’ve been looking at TVs for a while, you’ll know that 75-inch TV deals are relatively rare, which is why we’re happy to see one on the TU7000, given it has many great features. For example, it has a near bezel-less design, which makes it more seamless, and Samsung has even thought about cable management since you can route everything through the stand. Also, not only is it a 4k, but it also has HDR and a crystal display, the latter of which creates more vivid colors and helps create better contrast. If that wasn’t enough, Samsung has thrown in an excellent crystal processor to handle the higher bandwidth of 4k picture and video so that you get a crisp image regardless of the resolution you’re watching.

The TU700 is compatible with several home ecosystems and assistants, like Alexa and Google Assistant. You can also stream content to it through Apple AirPlay 2 if you’re using an Apple device, and if you’re a Samsung phone or tablet, you can mirror the screen, which is a nifty little feature if you have specific content you want to watch on your phone. That said, the Tizen smart TV platform is excellent at finding content, and there’s even a universal guide that tries to curate content based on your watching habits.

Overall, the TU700 is packed with great hardware and software features, and while the deal from Samsung bringing it down to $680 from $800 isn’t massive, it’s a nice discount worth considering. But, of course, if you’d like something more feature-packed, there are a lot of other great TV deals you can take advantage of, so be sure to check those out!