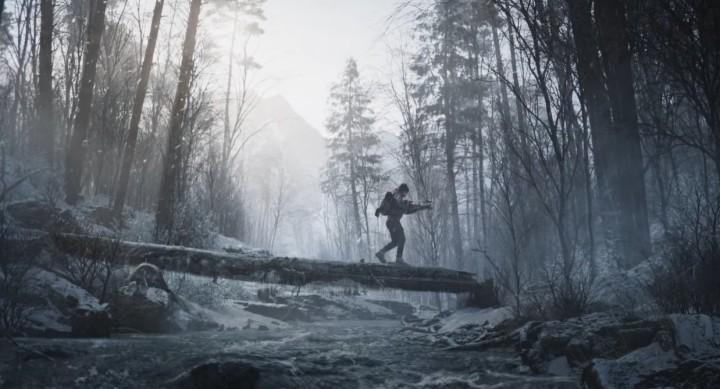 While the world’s zombie obsession isn’t as prevalent as it was a few years ago, we’re still staged to see some serious undead action in the future. Undead Labs has a third entry in its State of Decay series in the works that will surely pit an eclectic cast of survivors against hordes of wandering undead as they try to rebuild a home in a brutal world. Each entry of the series so far has included action-adventure, survival-horror, stealth, role-playing, and strategy elements, blending genres into an interesting civilization-rebuilding, zombie-decapitating experience.

We still don’t have a lot of details on what State of Decay 3 will look like, but we’ve been stealthily searching the wasteland for any news we can find. Here’s everything we know about State of Decay 3 right now.

Neither Undead Labs nor Microsoft has announced a release date for State of Decay 3, which means it will be a while before we see the much-anticipated sequel. When the cinematic announcement trailer was released at the Xbox Games Showcase event in July 2020, Undead Labs said the game was in the early pre-production stages. According to reports, Undead Labs was pressured into releasing an announcement trailer before developers felt like they were ready to do so. A March 2022 investigative report from Kotaku outlined Undead Labs’ massive culture shift after it was acquired by Microsoft in 2018, which has resulted in allegations of mismanagement, burnout, and misogyny.

Fans hoped to catch a new look at State of Decay 3 during the Xbox and Bethesda Games Showcase 2022, but it was not mentioned at all. There was also no new news from the studio during any other 2022 gaming events.

It appears the project is still in pre-production, and the situation at Undead Labs doesn’t bode well for a release anytime soon. It’s unlikely to hear much more until the 2023 Showcase, which will hopefully have more information.

Being published by Xbox Game Studios, State of Decay 3 will be available on the Xbox Series X, Series S, and PC. It’s unlikely that the game will be released during a timeframe when new games are still being featured on last-generation consoles.

Our first and only look at State of Decay 3 is the cinematic announcement released by Microsoft in July 2020. While there aren’t any plot or gameplay details in the trailer, there’s still a bit to unpack.

The trailer shows a lone female survivor trying to survive in a cold, hostile environment (fans have suggested the game’s location could be Alaska, Colorado, Wyoming, or Canada based on the scenery). Sharpening wooden bolts for her crossbow beside a campfire, the survivor hears something in the surrounding forest — piercing white eyes appear in the darkness, staring down at the lone human. Instead of firing her crossbow, running away, or at least extinguishing her fire to be less visible, the survivor does something we’ve all been taught not to do in a zombie apocalypse scenario — she screams at whatever is hunting her, not out of fear, but seemingly to intimidate it. And it works! Whatever was creeping up on her campsite runs away. But what was it? In each previous State of Decay entry, sound is an absolute no-no. The more noise you make, the more zombies will chase you down, yelling and calling more undead allies along the way.

Later in the short trailer, the survivor finds a trail of blood in the snow and begins tracking someone, or something, that’s been wounded. Staring down the eyesights of her crossbow, she sees a wolf carcass being eaten by what looks like a zombified deer — the entire right side of its face is ripped open and rotting. After a beat, the deer lets out a horrifying shriek, and the trailer abruptly ends.

Weren’t zombies enough? Now we have to deal with zombie animals out in the wilderness too? We hope there are significant weapon upgrades from the simple crossbow shown in the trailer. We’re going to need all the firepower we can find.

We don’t have any specific gameplay details yet, but we’re assuming that the core of State of Decay 3 will look a lot like its predecessors. Controlling a small community of survivors, players will comb the map for supplies to survive, other lost folks to recruit to their community, and plenty of Plague Hearts to destroy surrounded by countless zombies.

A few things fans expect to get an overhaul are the game’s base-building system (which was a little clunky in SOD2), more robust customization options for weapons, cars, clothes, etc., and a bit more character development. While the characters of SOD2 had plenty of background stories to share and quirky one-liners that gave them a bit of life, there was virtually no change to characters throughout the game and very few instances where characters seriously bonded. If a longstanding member of the community got taken out by a stray plague zombie, the rest of the crew would have low morale for a day or so and maybe give a single remorseful line, but then it was back to business.

As we mentioned, this is the first time that the State of Decay games have moved into the wilderness. Given the survival elements of the games, that means that the third installment could see weather as a key factor, and it may affect how shelters are built or warmed.

In a recent podcast,  Xbox Game Studios head Matt Booty revealed that State of Decay 3 is being made in Unreal Engine 5 with the assistance of Gears of War developer The Coalition, meaning that the new entry in the series will be visually stunning whenever it releases.

State of Decay 2 was mainly a solo venture, but there were plenty of ways to play with friends or join in on strangers’ games. After you started a campaign, you could have a friend join you, taking over another survivor in your community. There were a few limitations to the system, though. The incoming player would be tethered to the host, meaning if the second player strayed too far away, they would black-screen and return to an area close to the host. So there was no room for completely separate exploration on the same map, and the tethering system made quick getaways from zombie hordes a little too easy in some cases.

Players could also use the in-game radio to put out a call for help on the State of Decay servers, inviting any other player online to jump in and play on your map.

There was also cross-platform play enabled between Xbox and PC players.

It’s safe to assume that State of Decay 3 will have similar multiplayer options in place. One option that we believe was missing from its predecessor was truly shared servers. Building up a community with your friend that you both could access at any time would be great, as opposed to having a buddy jump into a map you owned. It was never very fun to put in work on someone’s community and level up a survivor only to log on to your own game and be back at square one.

State of Decay 2 saw a handful of DLCs during its lifetime. Each one introduced a handful of new weapons, vehicles, outfits, and facility mods to the game, spicing up the game a bit.

The final DLC, titled Heartland, brought players back to Trumbull Valley, the original setting of State of Decay, for a more story-based game mode. In Heartland, players choose from two sets of starting characters who have traveled to Trumbull Valley for different reasons. Both pairs of survivors are on a mission to find people important to them — characters who appeared in the original State of Decay. The DLC also introduced the largest base site in the game, blood plague freaks (freaks are super-powered zombies with special abilities in the base game — now they can infect you with blood plague too!) and answers to questions about how exactly the blood plague came to be.

We will surely see a handful of DLCs released for State of Decay 3. It’ll be interesting to see if any will revisit a previous setting like Heartland considering how different the snow-covered mountains of the new titles appear to be.

Since there’s no hint of a release date, there’s absolutely no preorder information available. We’ll let you know when those deals become available.