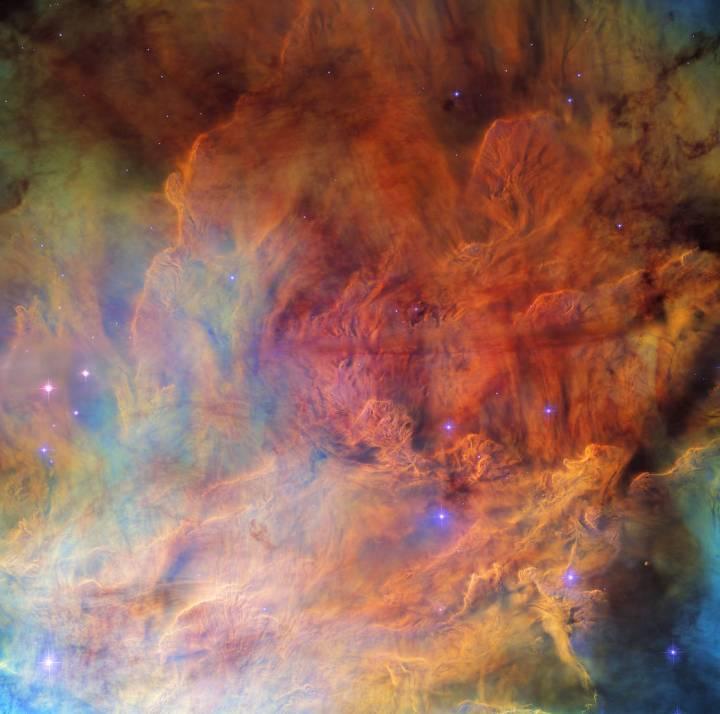 The image of the week shared by researchers working with the Hubble Space Telescope this week is a real stunner, showing the open cluster NGC 6530. This cluster of thousands of stars is shrouded in dust and makes up a small part of the huge and beautiful Lagoon Nebula.

Located 4350 light-years away in the constellation of Sagittarius, the distinctive smoke-like shapes of the cluster are formed from a cloud of interstellar dust and gas which is feeding the formation of new stars.

To investigate this scene, Hubble used two of its instruments: the Advanced Camera for Surveys and the Wide Field Planetary Camera 2. Hubble scientists write that astronomers “scoured the region in the hope of finding new examples of proplyds, a particular class of illuminated protoplanetary discs surrounding newborn stars. The vast majority of proplyds have been found in only one region, the nearby Orion Nebula. This makes understanding their origin and lifetimes in other astronomical environments challenging.”

This image combines data from the Advanced Camera for Surveys with data from a ground-based instrument, the OmegaCAM on the VLT Survey Telescope which is located in Chile.

Hubble previously imaged the Lagoon Nebula in one of its most famous photos, which was shared to celebrate the telescope’s 28th anniversary. This image also showed just a part of the full nebula, which is an enormous 55 light-years wide and 20 light-years tall.

The nebula is also known as Messier 8 but was named the Lagoon Nebula for its wide dust lane which looks like a lagoon in deep field images. Up close, you can see more details in the dust structures which are blown about and sculpted by the stellar winds in and among the dust, created as new stars are formed.