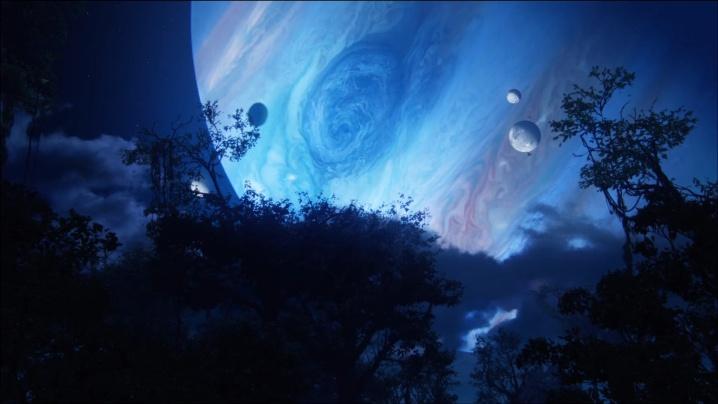 Like magic, cinema is about making the impossible look possible, and this includes having fictional worlds look entirely real. Whether they’re alien planets, magical kingdoms, or even alternate dimensions, there have been some spectacular worlds to come out of films.

The movie industry has only gotten better at bringing such realities to the silver screen with the advent of CGI, and the amount of detail put into these worlds makes for truly wonderful escapism. Out of all the remarkable fictional worlds that cinema has presented to audiences, these are the ones that rank high above the rest.

This lush world is the setting for James Cameron’s revolutionary sci-fi epic. Here, humanity wages war against the alien Na’vi so they can mine for the rich element Unobtanium. The jungles of this world are filled with many wonderfully weird plants and animals.

With trees the size of skyscrapers and the floating Hallelujah Mountains, this alien moon is a realm beyond belief, and there’s only more to see from this strange world, as The Way of Water will depict Pandora’s aquatic regions, with more sequels to follow. All in all, seeing Pandora on the big screen it’ll make audiences want their own Avatars so they can roam free through this alien paradise.

Middle-earth (The Hobbit and The Lord of the Rings films)

Director Peter Jackson and his team did what was once unthinkable and successfully brought J.R.R. Tolkien’s iconic fantasy world to live-action. From the grassy fields of the Shire to the dark wastelands of Mordor, every little detail is meticulously drawn from Tolkien’s novels to bring a magical realm unlike any other to life on the big screen.

Also, the use of Tolkien’s different languages makes this world so immersive that the audience feels like it is a place that could truly exist. Though Amazon’s The Rings of Power did an excellent job at expanding this world by adding Númenor and Valinor to the mix, nothing is quite like Jackson’s vision of Middle-earth.

This galaxy far, far away is teaming with countless planets inhabited by countless alien species. There’s the desert world Tatooine, the planetwide city of Coruscant, the ice planet Hoth, the swamps of Dagobah, and the fiery realm of Mustafar, just to name a few. Also, who could forget the planet-destroying Death Star, a space station that is very much a planet itself?

If one has a spaceship with a built-in hyperdrive, all these worlds are just a hop, skip, and a jump away. The world of Star Wars only seems to grow with each new story, which shows how the possibilities are endless in this galaxy far, far away.

The magical land Dorothy Gale finds herself in is widely remembered as one of cinema’s first technicolor worlds. It truly looks like a rainbow come to life, as this mysterious realm features many vibrant and fantastical images, from the adorable Munchkin County to the dazzling Emerald City.

As Dorothy and her friends follow the Yellow Brick Road to see the wizard, audiences can’t help but marvel at the merry old land of Oz, especially since it was filmed way back in the 1930s.

With almost a century’s worth of comic book material at its disposal, Marvel Studios has built up its cinematic universe by presenting audiences with many strange and wonderful places. These include the nine worlds of Asgard, the alien planet Xandar, the African kingdom of Wakanda, the heavenly realm of Ta Lo, the Kafkaesque bureaucracy of the TVA, and the twisted reality of the Quantum Realm.

And with the introduction of parallel timelines, the MCU has branched off and depicted many unique versions of Earths, which only increases the possibilities of what audiences can see in future films and TV shows.