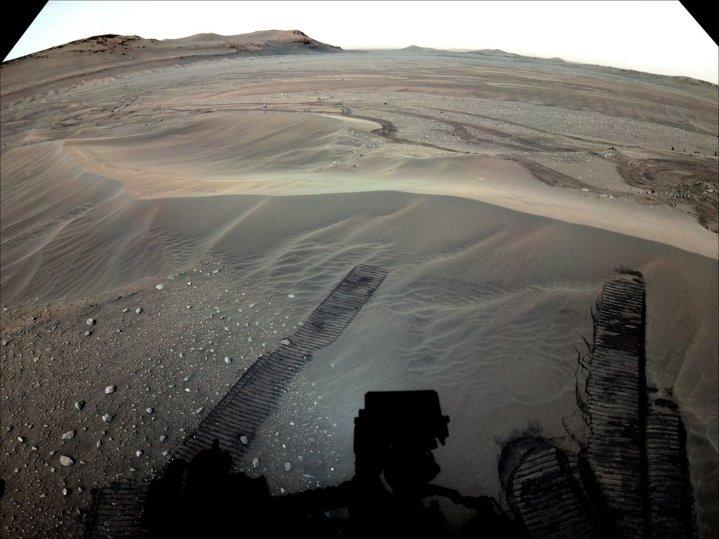 There are currently a number of rovers, landers, and orbiters exploring Mars, gathering more information than ever before about the planet’s environment and its history. But to understand more about this place and particularly whether there was ever life there, we need to bring samples back from Mars to Earth for analysis here. That’s what NASA aims to do over the next decade with its Mars Sample Return plan.

As part of that plan, the Perseverance rover is collecting samples of rock and regolith as it explores the Jezero Crater. These samples are then sealed in tubes which are deposited on the martian surface, ready to be collected and brought back to Earth by a future mission.

Perseverance will soon begin stashing these tubes in a “sample depot,” which will eventually hold 10 tubes deposited over around one month. The location for the depot had to be carefully chosen so it will be accessible by future missions, as the current plan is to have the samples retrieved either by rover or by helicopter.

Inspired by the success of the Mars helicopter Ingenuity, the idea is that several sample recovery helicopters could ferry the samples between their current location and a retrieval lander. But this requires the depot to be in a flat area without any hazards like large rocks with plenty of safe for take-offs and landings.

Individual tubes also need to be carefully placed within the depot area. As each helicopter can only pick up one tube at a time, the tubes can’t simply be left in a big pile. Instead, each tube needs to be placed in its own location several meters wide, spaced in a zig-zag pattern. The need for precise placement is why it will take Perseverance around one month to place all the tubes.

Included in the current selection of samples are a number of types of rocks from around Jezero, as well as samples of the dusty Mars soil called regolith. There is also a control tube called a witness tube, which doesn’t contain any rock but does contain a sample of the atmosphere to check for any contaminants.

“The samples for this depot – and the duplicates held aboard Perseverance – are an incredible set representative of the area explored during the prime mission,” said Meenakshi Wadhwa, the Mars Sample Return program principal scientist from Arizona State University, in a statement. “We not only have igneous and sedimentary rocks that record at least two and possibly four or even more distinct styles of aqueous alteration, but also regolith, atmosphere, and a witness tube.”