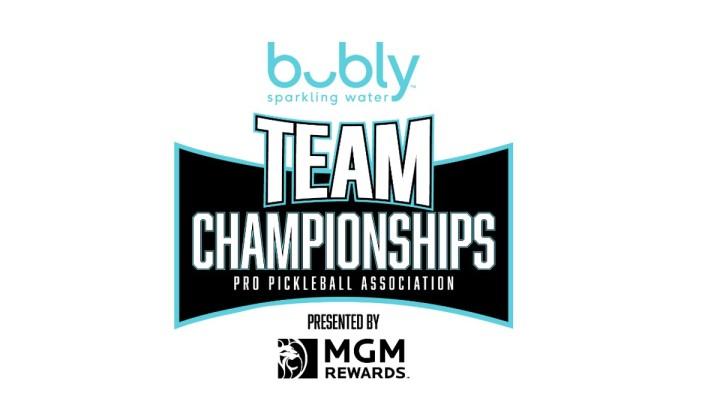 The best the pickleball universe has to offer is converging in Las Vegas this weekend for the Professional Pickleball Association (PPA) 2022 Bubly Team Championships. Twenty-eight of the best pickleball players in the world will show their skills to the world and demonstrate why pickleball is one of the fast-growing sports in the U.S.

After competing in matches on Friday and Saturday, teams will participate in the semifinals and finals of the PPA Tour‘s championship event on Sunday. The format for both matches will be two mixed doubles games only, with a mixed doubles fast-breaker in the event of a tie. After the dust settles, the winning team will secure a $175,000 grand prize.

When is the PPA’s 2022 Bubly Team Championships?

The semifinals and finals of the PPA’s 2022 Bubly Team Championships will take place on Sunday, December 18. The competition will be held at Mandalay Bay Resort and Casino’s Convention Center in Las Vegas.

The semifinals and finals will air on ABC at 1 p.m. ET/10 a.m. PT. The games are available on the ABC app from your smartphone, tablet, and connected devices such as a Roku or Amazon Fire TV. The pickleball championships can also be seen on your computer via ABC.com. Log in with your cable provider for full access.

How can you stream the PPA Tour Bubly Team Championships? It will be available to stream on the ESPN app or WatchESPN.

Without cable, ABC is available on subscription live TV streaming services, such as Hulu + Live TV, YouTube TV, FuboTV, and Sling TV. Prices may vary depending on the service and package. Hulu + Live TV costs $70 per month and can be bundled with ESPN+ and Disney+. Sling TV offers Orange and Blue packages, which each cost $40 per month or $55 per month if combined. Both FuboTV and YouTube TV offer free trials so subscribers can try out the services before committing long-term.