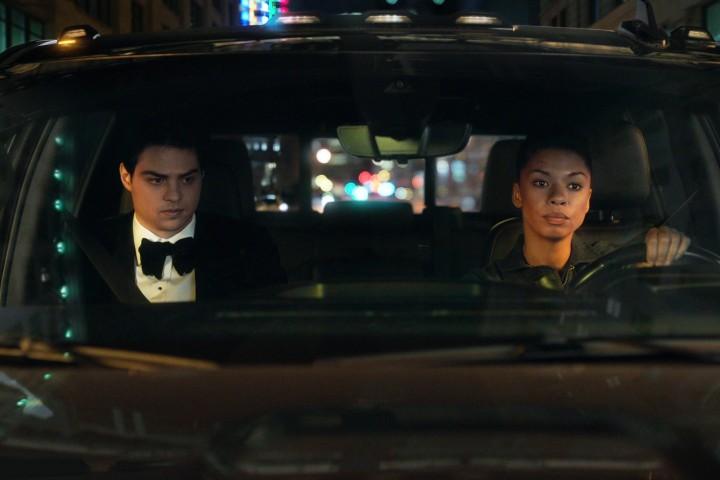 Netflix’s latest crime thriller, The Recruit, brought its first season to an explosive finale upon dropping on the service on Dec. 16. The show, which stars To All the Boys I’ve Loved Before breakout Noah Centineo, follows Owen, a young CIA lawyer who gets caught up in a web of conspiracy after Max, a former asset, threatens to expose her relationship with the CIA unless they help her clear her name.

It’s an intriguing premise, and things only get more interesting up to and throughout the show’s cliffhanger-filled ending.

Warning: The rest of this post contains spoilers for the entire first season of The Recruit.

In the season 1 finale of The Recruit, Owen and Max go to Prague together for what is supposed to be a final mission. Max meets with an unknown group of Russians, and Max and Owen ultimately find themselves in a shootout. Max manages to drive the two of them away, and Owen reveals that Nichka was the woman who had previously tried to seduce Owen at a hotel bar.

Owen ultimately freaks out over the realization that he killed a man, and ultimately threatens to leave the CIA. Max points her gun at him, but it’s clear that she’s not going to shoot.

Owen and Max are kidnapped

Some time passes, and Owen agrees to meet up with Hannah, his ex-girlfriend. On his way to meet her, though, he is kidnapped and winds up tied to a chair right next to Max. We learn that the kidnapper is a blonde woman who we had already been introduced to as Nichka. What becomes clear, though, is that not everything is what it appears to be. Max knows this woman, whose real name is Karolina, and the two begin speaking to each other in Russian.

The episode then takes its most shocking and sudden turn as Karolina shoots Max, and the episode ends without us knowing whether she’s alive or dead. After Karolina shoots, she delivers the most shocking plot turn of the season to date, turning to Owen and asking him “Who are you? And what the fuck are you doing running around with my mother?”

The episode ends right there, so it’s clear already that The Recruit was never meant to be a one-and-done type of story. Fans are already clamoring for a second season of the series, which will hopefully tie up many of the loose ends left dangling in the finale. Of course, the chief question on most people’s minds is whether Max, who was so crucial to this first season, will be around for any potential future installments.

On top of that, Owen’s ultimate fate is also left up in the air, as is any potential resolution of his relationship with Hannah and his fate inside the CIA. The ultimate success of The Recruit on Netflix will determine whether any of these questions get answered. For now, all fans of the first season can do is speculate about what might come next in a potential second season.

You can stream all of season 1 of The Recruit on Netflix now.