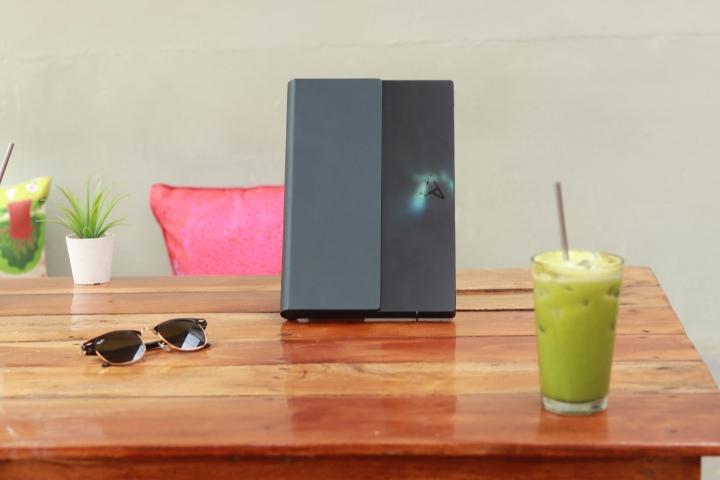 If something excites me about the future of mobile tech, it’s the foldable form factor. I love these devices so much that the Galaxy Z Fold 3 remained my primary phone, despite having access to the best flagships. Whether it be the Motorola Razr, Galaxy Z Fold 4, or the Asus Zenbook 17 Fold OLED – one common factor between them is how futuristic they feel every time you unfold them. I used the latter two as a pair for three weeks, and one of the weeks was spent traveling to Varkala, Kerala – a southern place in India.

Traveling with foldables in my pocket and backpack gave me a new perspective on the design, especially because I commuted on every means of public transport – plane, train, bus, bicycle, scooter – you name it. It was a 16-hour one-way journey to reach my destination from New Delhi. On my way, I discovered that foldables are productive machines, but the form factor still has one major problem to solve.

The duality of productivity and portability

I like my backpack to be as light as possible, while also packing it to the brim. As a result, I’m a big fan of devices that help me in productivity and are lightweight at the same time. My laptop choices echo the same. I’m a MacBook Air user coming from a Surface Pro – both of which are known for their portability.

A standard smartphone or laptop can be productive and portable simultaneously. Thus, helping me travel light. But that doesn’t hold true for foldables. “Portability” and “productivity” are two words that don’t mix well in the foldable segment — in fact, they are mutually exclusive.

For example, the Galaxy Z Fold 4 is amazing for reading on the go due to the big screen it offers. I like reading books and articles on the device, and it is my go-to smartphone when I want to read while traveling. But keeping it in my pocket is a tedious task. When folded, it measures double the size of when it is unfolded. Keeping the Z Fold 4 in my pocket is like keeping two phones squashed together. I can put up with it for my 30-minute metro journeys, but it’s uncomfortable if you want to lie down on a train for a six-hour journey.

The same goes for the Asus Zenbook 17 Fold OLED. It’s amazing how I can unfold a 12.5-inch Surface Pro kind of display to a 17.3-inch screen. It’s gorgeous, impressive, and amazingly useful. I could use it as a laptop on the train, and unfold it to become a monitor-keyboard combo in a cafe in Varkala.

The problem arises when you want to carry the laptop with you for long journeys. It doesn’t fit in the laptop pocket because of its thickness. It’s like two thick laptops stacked together (I mean, of course, it’s physics). Naturally, I had to keep it in the pocket, which I’d have used to put my tees and towel. As a result, I had to carry another bag with me to compensate for the space lost. Simply put, the laptop is too thick to be carried around while on vacation.

Both these devices put one thing into perspective – how the foldable form factor needs to be made thinner if it really wants to solve the problem it was created for — that is, being productive while also being portable. Both the Samsung Galaxy Z Fold 4 and the Asus Zenbook 17 Fold OLED are not meant to be carried around for long vacations. They’ll make your pocket (as well as your backpack) heavier and more uncomfortable.

Foldable smartphones are getting more pocketable

I’m not talking about the already-pocketable clamshell foldables here. I prefer the big foldable smartphones that transform into even bigger devices.

The Samsung Galaxy Z Fold 4 is a segment-leading smartphone. And while it lacks pocketability, Xiaomi has already made a thinner, pocket-friendly foldable in the form of Mix Fold 2. It folds flat, unlike the Samsung foldable. Plus, it is 4.6mm thinner when folded, which is likely to result in being more pocket-friendly. On the other hand, Oppo is trying another approach – making a wider foldable with the Oppo Find N and Oppo Find N2, which are more one-hand friendly.

While foldable smartphones are already getting better, as the foldable tech matures, we can expect even better all-rounded foldable laptops at a more reasonable price. I have high expectations from Asus after experiencing what it’s done with the Zenbook 17 Fold OLED.

Until then, in my opinion, foldables aren’t yet solving the problem they were made to solve. They’re close, but not quite there.