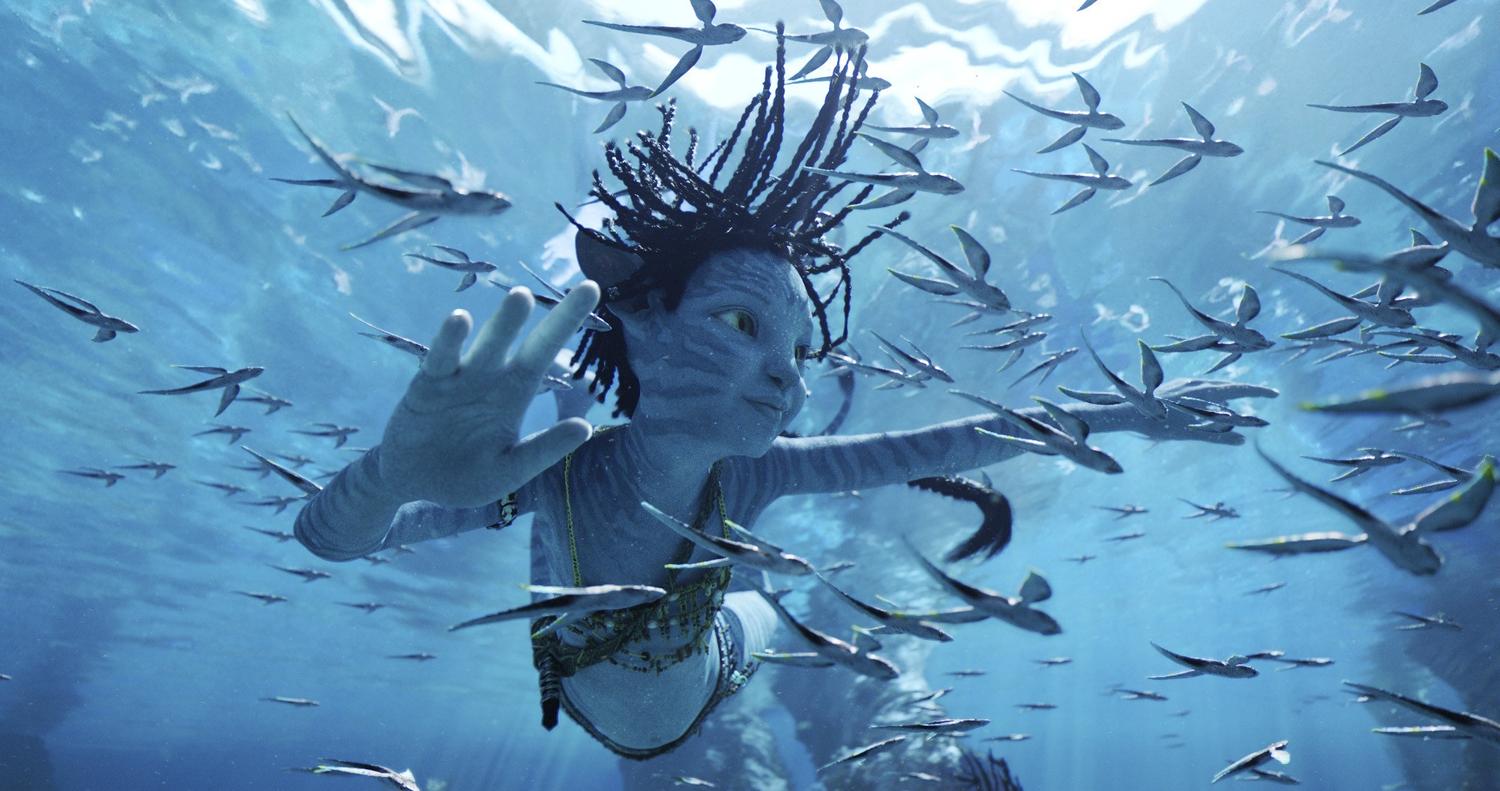 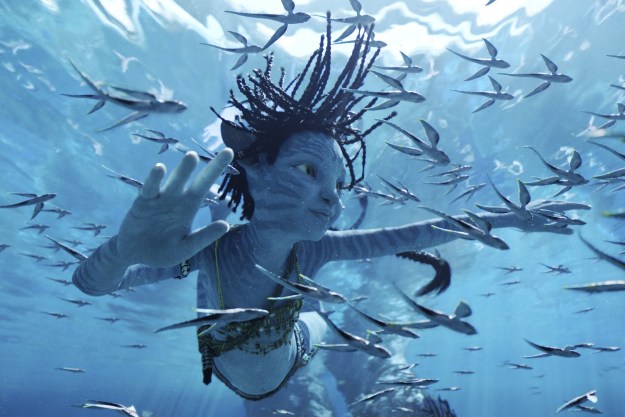 “Avatar: The Way of Water ups the ante visually but still puts spectacle over story.”

When James Cameron’s Avatar was first released in theaters, the Marvel Cinematic Universe was a mere two films, Christopher Nolan was the king of superhero cinema, and neither Lucasfilm nor Marvel had become Disney brands yet. At that point, there really had been nothing quite like Avatar‘s groundbreaking visual effects and the blend of performance capture and 3D filmmaking that delivered a simultaneously immersive and wonderfully alien experience.

It was a very different time in Hollywood and one that feels incredibly distant now. We’ve come a long way since 2009, and a lot has changed in cinema and the expectations we have for films.

Maybe that’s why it’s a little disappointing that Avatar‘s long-awaited sequel, Avatar: The Way of Water, ends up delivering such a similar, familiar experience — and as such, it doesn’t feel quite as fresh and innovative this time around.

Directed again by Cameron from a script he co-wrote with Planet of the Apes screenwriters Rick Jaffa and Amanda Silver, Avatar: The Way of Water is set more than a decade after the events of the original film, and finds Sam Worthington’s character, Jake Sully, now living life among the blue-skinned Na’vi on the planet Pandora. His mind now permanently imprinted within a manufactured, hybrid Na’vi body, Jake serves as chief of the clan that first embraced him and is raising a family with his Na’vi mate, Neytiri, played again by Zoe Saldaña.

Jake and Neytiri’s idyllic life among the natural splendor of Pandora is shattered, however, when a new group of human colonizers arrives on the planet. To make matters worse, the humans are accompanied by Jake’s former nemesis, Colonel Miles Quaritch (Stephen Lang), whose mind also resides in a Na’vi avatar now. With Quaritch hunting for him, Jake is forced to flee the forests with his family and take refuge among the water-dwelling clans of Na’vi.

Returning cast members Worthington, Saldaña, and Lang are joined by fellow Avatar actors Joel David Moore, CCH Pounder, Giovanni Ribisi, Dileep Rao, and Matt Gerald, as well as Sigourney Weaver, who portrays a new character in the film. Newcomers this time around include Kate Winslet and Cliff Curtis, who portray the matriarch and chief, respectively, of the water clan that gives Jake and his family sanctuary, while Jamie Flatters, Britain Dalton, and Trinity Jo-Li Bliss play Jake and Neytiri’s biological children.

And no, the questions raised by the children’s existence about Na’vi and human biology are never really addressed, but no one seems to give it much thought. The Way of Water is a film that unabashedly encourages you to shut off your critical thinking and enjoy the ride — and to its credit, it really is quite a ride.

Like its predecessor, Avatar: The Way of Water is an absolutely gorgeous film, full of breathtaking cinematography and visual effects that — thanks to the film’s crisp, 3D photography — really do make the world of Pandora feel textured and real. By moving the setting of the story from the forests of Pandora to an oceanic network of islands, Cameron also levels up the visuals with a hefty dose of aquatic elements both above and below the surface of the water, and differentiates the sequel visually in a variety of ways, from its color palette to its characters and environment design.

Water, fire, and hair tend to be the trickiest elements to work with in visual effects, and there’s plenty of all three in The Way of Water, whether in the setting and action or the characters and creatures they interact with. All of these elements are brought to the screen with a degree of detail in the 3D and performance-capture technology that adds depth and physicality to them without slipping into the unsettling “uncanny valley” of digital character design. The Na’vi characters live in the sweet spot between human performance and digital art and work well even when positioned alongside human characters.

Of course, superb presentation can only go so far in making digital characters relatable. Without a well-crafted story behind them, even the most meticulously designed characters can feel hollow — and that’s a situation as problematic in The Way of Water as it was in 2009’s Avatar.

While there are plenty of talented actors portraying the Na’vi characters in Avatar: The Way of Water and Cameron goes to great lengths to make them feel physically present in the action, the story rarely offers the sort of nuance and developmental moments that make them feel emotionally real.

Where many fully animated features have no problem eliciting genuine, intense emotional reactions from their audience (sometimes a little too often, in Pixar’s case), both Avatar: The Way of Water and the 2009 original struggle in that area. They want you to feel powerful emotions, but the stories in both films never quite do enough to forge the sort of connection that merits that level of response. There’s a distance between the audience and the characters that the Avatar films have trouble navigating, and it continues to be one of the franchise’s biggest shortcomings.

That’s not to say there aren’t some well-crafted dramatic moments in The Way of Water. Saldana’s Neytiri delivers some of the film’s most heartfelt, impactful scenes, and Cameron’s performance-capture efforts do an impressive job of translating the character’s wide-ranging emotional arc over the course of the film. The journey Dalton’s character takes as Jake and Neytiri’s troubled middle child, Lo’ak, also delivers some powerful moments that are conveyed well in the Na’vi character.

By and large, however, much of the story in The Way of Water treads familiar ground, which limits how impactful it’s ultimately going to feel for audiences. The characters rarely do anything unexpected and the story holds few surprises, so it’s tough to make any character feel truly unique. Like the 2009 film, The Way of Water is a pastiche of existing stories, re-skinned for an alien world and wrapped in breathtaking visuals, but well-worn and familiar at its core.

Sticking with what works

Although The Way of Water ultimately serves as a set-up story for future Avatar films, its flaws aren’t a product of doing anything particularly wrong. Instead, it’s the film’s willingness to follow the same formula that worked for the original film, without breaking any new ground or doing anything especially new and different, that works against it.

Audiences looking for a unique, stunning visual experience that raises the bar for cinematic spectacle won’t be disappointed by what they find in Avatar: The Way of Water. In that respect, the film is a triumph that suggests the last 13 years of development on the film have been well spent.

Those looking for something more, though — something that learns from the shortcomings of Avatar and improves on them, perhaps — will likely be left wanting when the credits roll. Rather than giving fans of the franchise a more well-rounded experience, Cameron clearly chose to build on what worked in Avatar and continue to let that distract from what doesn’t, and the final product goes all-in on that decision.

It might not be the bar-raising, franchise-redefining film some fans hoped for after 13 years of development, but Avatar: The Way of Water still delivers a rewarding experience that makes satisfying use of the best theater technology available. And for plenty of audiences, that’s going to be more than enough to justify the ticket price of a return trip to Pandora.

Directed by James Cameron, Avatar: The Way of Water is in theaters now. If you want to find out what happens at the end of the film, please click here.