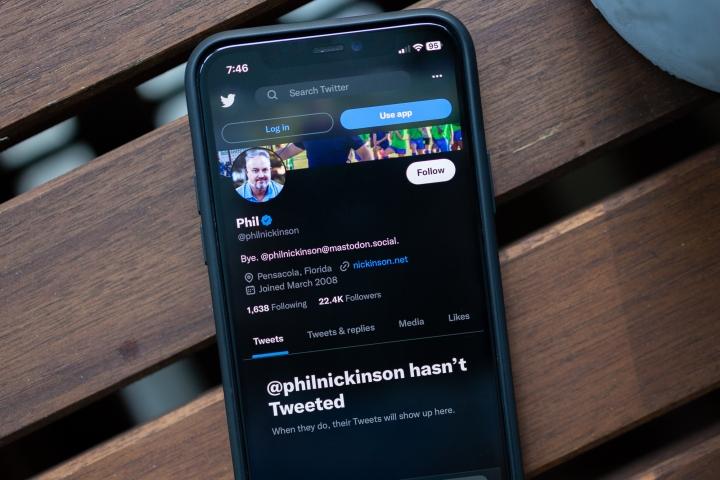 There are few sane headlines of late when it comes to social media. And if there are, they’re probably about Facebook, which is just a sign of how weird things have gotten.

With the headline for this story, we manage to squeeze in both TikTok and Twitter. The platforms, to refer to them in the industry parlance, couldn’t be more different, though we won’t insult you as to try to describe them here. (If you really do need help, ask your kids. Don’t have kids? Find one. They’ll know TikTok. Need an explainer on Twitter? Ask a journalist, or your nearest bot farm.)

TikTok has been back in the news this week because the U.S. Senate passed a bill that would bar federal employees from using the app — which is owned by Chinese company ByteDance — on a government-owned device. And more than a half-dozen states have done so at their level, too. The reasoning, of course, is that Chinese companies have (arguably) a different relationship with the Chinese government than U.S. companies do with the United States government, one that more or less makes them a privatized arm of the Chinese Communist Party. Communist China bad, therefore, TikTok bad.

There’s a legitimate argument to be made there, knee-jerk though it may be. And it’s entirely possible that the supposed security implication isn’t even the part anyone should be focused on.

But TikTok may well not be the biggest social media threat in the coming year. That distinction could belong to Twitter.

You can’t go 12 hours without a new onslaught of headlines about either Twitter itself, or its new owner, Elon Musk. Maybe it’s legitimately something crazy, like a billionaire owner burning down his new toy just because. Or maybe it’s overhyped, made-for-TV-chyron document dumps with catchy names that — for all intents and purposes — show corporate actors acting in good faith, whether or not you like their decisions. (The “Twitter Files” would, mostly, be extremely laughable if the whole thing wasn’t just so damn sad.) Something dumb happened yesterday. Something dumb happened today. Something dumb will happen tomorrow, because it can, and therefore it will.

We just don’t know what tomorrow’s dumb thing will be, and that’s the scary part. Musk has had no problem disclosing Twitter’s preacquisition internal communications. How long will it be before he decides to just spew out someone’s direct messages for the lulz? Or because they were tracking his corporate jet via publicly available means? Or because they dared to disagree with the king?

Between a rational company beholden to its government and an irrational billionaire beholden to no one, the only winning move is not to play.

In normal times, under normal rules observed by rational actors, this wouldn’t be too much of a concern. But the December 12 episode of the Moderated Content podcast with Stanford Law School’s Evelyn Douek and Alex Stamos (the former a content moderation scholar and the latter the director of the Stanford Internet Observatory and ex-Facebook chief security officer) lays it pretty bare.

And the conversation gets even starker when Fourth Amendment expert Orin Kerr weighs in on the Stored Communications Act.

Says Kerr: “Ordinarily, a key privacy protection of your internet messages, your DMs, your private messages, your emails, your Facebook messages — whatever those content messages are — is that the provider is not allowed to disclose those unless one of these special exceptions applies. And just doing it for fun or for the political agenda of the content owner is not one of those exceptions.”

Are you willing to bet whatever’s in your Twitter DMs that that’s the sort of thing Musk might honestly care about? Or that anyone acting as the company’s general counsel (and that’s its own to-do of late, too) would be able to keep a man-child from just doxxing anyone and anything he feels like?

And you don’t have to take my word for it. Just ask Yoel Roth, Twitter’s former head of Trust and Safety. He’s currently in an undisclosed location, having been forced to flee his home as a result of Musk’s despicable antics.

And let’s not forget that in the middle of all this are thousands more people who were viciously — there really is no other way to put it at this point — fired. The scale of the layoffs may well be excused by economic conditions, but the manner in which they were done falls squarely on the man in charge (not that he cares, it seems).

Between very real concerns about TikTok and Twitter, it might well be more prudent to be more worried about the U.S. company with the U.S. citizen-owner than the one based in China. Not that “banning” an app would ever really stop anything — it would just slow it down. (If you’re a parent, you know that kids will always find a way.)

I don’t have either app on my phone anymore. I’ve wiped my Twitter feed clean and, like many other people, have taught myself how to use Mastodon. I’m no hero — I just don’t want to be a part of it anymore. As the WOPR in War Games put it, the only winning move is not to play.