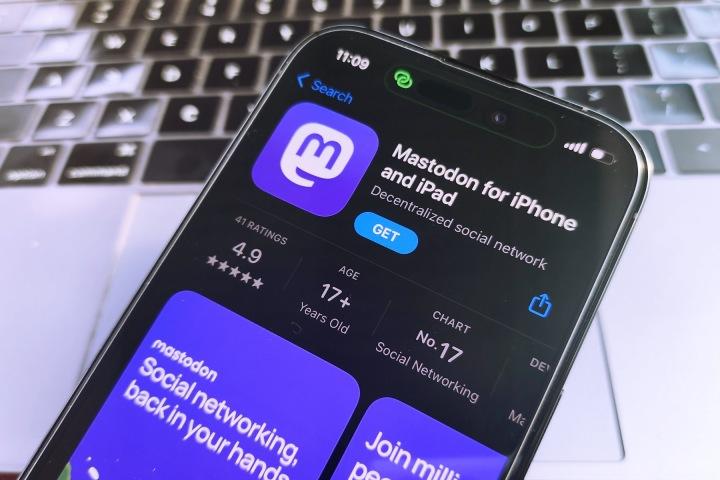 Twitter is the only social network I’ve ever stuck with and enjoyed, but this has changed since Elon Musk took ownership of the company. The influence he has on it and its content has altered the posts I see, the people who regularly contribute, and the entire platform’s future. While some will welcome the changes, it has made Twitter less enjoyable for me — and prompted me to look for an alternative.

But the ones I’ve tried are simply not good enough and don’t have the same appeal that has kept me returning to Twitter for more than a decade. The shambles around Twitter and its alternatives has ended up making me rethink the way I feel about social media entirely, and perhaps for the better.

The first place I tried was Mastodon, which trended soon after Musk took control at Twitter. I consider myself tech-savvy, but nothing about the way Mastodon works made any sense. The sign-up process was confusing enough, and that’s before being faced with choosing a server, where you may or may not connect with like-minded people interested in the same things. Choose wisely, because switching server is like switching banks: long-winded, confusing, and probably not worth it in the long run.

There’s a single post on my Mastodon profile, and that’s probably how it will stay.

I chose a popular server — at least, I thought I did; most of the time when I try to use Mastodon’s mobile app, it hangs and doesn’t show me anything at all. For all I know, the server has a population of one, and that’s not exactly the online social experience I’m looking for. I thought about swapping servers, but upon checking instructions on how to do it, the results were baffling enough that it didn’t seem worth the effort. Mastodon is getting better, but it still feels like an awful lot of work.

There’s a single post on my Mastodon profile, and that’s probably how it will stay until the platform becomes significantly more user-friendly or populous. But perhaps that’s not really Mastodon’s intention. It’s not a Twitter clone, and nor should it be. But the beauty of Twitter is that I can open the app and post, comment, or lurk immediately. I don’t always have much time to dedicate to my flippant posts about idols or cars, and spending ages just dealing with the app means I’m probably just not going to bother. I’ll come back to this point later.

Hive is much closer to how Twitter used to feel, right down to the basic concept of the app itself: Twitter has its bird, Hive has its bee. It’s more straightforward to learn and use than Mastodon, which is appreciated, but it’s equally unreliable. Waiting for my feed to load in the app is frustrating, and if I can’t be bothered to wait to see posts, then what’s the point of posting when it eventually lets me, because I’m pretty sure others will feel the same.

The app is only available for iOS and Android at the moment, and there’s no web version either. How am I supposed to waste time while still looking busy if I can’t open Hive in a browser? I didn’t have to worry about this for long though, as Hive closed its doors for an extended period of time recently, due to needing to make improvements because of all the new users. Great, but I’m not sure if I’ll remember (or care) to return once it’s back up and running.

All the time Mastodon hasn’t worked properly and Hive has shut itself down, I’ve tried posting some Instagram Stories. I like posting photos, and I don’t feel the need to curate a Story in the same way I do an Instagram grid post. It’s temporary, and the format means there’s really no chance for anyone to pour over any photo I post. But the fleeting nature of a Story doesn’t lend itself to sharing anything of substance, and I don’t think anyone spends long enough on a post to really care about what’s said or shown. I know I don’t. It’s fluff and that’s great, but I really like something more to go along with my fluff, and Stories doesn’t really offer that.

Time to give up?

Throughout my experimentation with its competition, I still browsed and posted to Twitter. I haven’t spent much time on it though, despite using the various tools available to me to mute words and people I have no wish to see in my timeline. It made me realize that Twitter’s changes along with my disappointment in the alternatives, have slowly but surely started to change my use of social media in general.

I’m less interested and place less emphasis on it. Twitter was once beneficial to me professionally, or at least it seemed that way, and hugely beneficial to me personally. Now it feels like a strange, parochial, political vanity project for its new owner, and I have no interest in being part of, or greatly contributing to it.

Twitter’s changes along with my disappointment in the alternatives, has slowly but surely started to change my use of social media in general.

However, the inability of Twitter’s current competition to capture my attention says more about my changing attitude to social media, and Twitter’s once-greatness, than it does about the seriousness of their individual faults. Looking for an alternative is like trying to recapture your youth by buying a sports car. It fills a hole, but it can’t truly cure any longing for days past. It’s probably best to just let it go.

Twitter’s changes and the clunkiness of its prime alternatives have pushed me away from finding a new, single source of online social interaction. The way I see it is, I don’t need an alternative to Twitter. It, along with Hive, Mastodon, and Instagram Stories now hold the same, limited appeal due to each platform’s different, but equally off-putting flaws.

What’s happened is rather than pushing me to find a single alternative, Twitter’s downfall has guided me away from social media. It seems like it will become another platform I use sporadically, tolerating it in small doses, just like with Instagram Stories. I’ve never been a social media addict, but if I was, Musk’s control of Twitter and the rubbish alternatives would be my methadone. Slowly but surely reducing my dependence on social media in general.

Some would see that as a positive upside to a situation that, for the most part, has been one big downside since the very beginning. Me? I feel sad about it, as Twitter has had a surprisingly large and positive impact on my life, both on and offline. Nothing lasts forever though, and both Twitter and social media’s really good days do seem to be behind me.