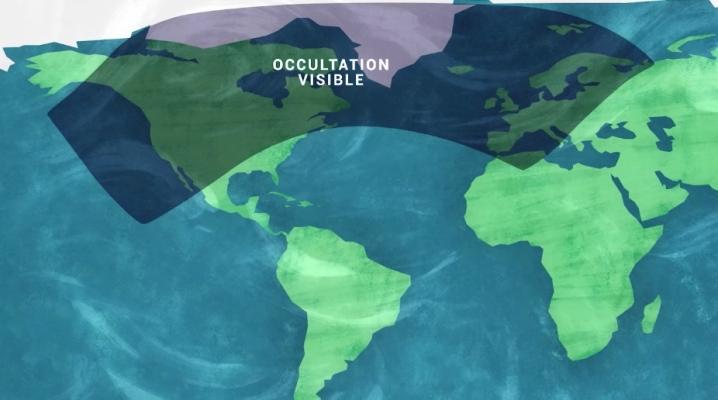 NASA is back with its final monthly update of 2022, which includes tips on what to spot in the night sky over the coming weeks.

It kicks off with a recommendation to look out for Jupiter, which appears just a few finger-widths apart from the moon in the early part of the month.

Jump to the final week of December to see a new arrangement in the sky, with the moon slipping first past Saturn, and then past Jupiter again. If you’re in a location that has a clear view of the horizon, you should also be able to spot Venus and Mercury in the fading glow of sunset, just a few degrees above the skyline.

“December 7 brings one of those magical moments when the sky changes dramatically before your very eyes,” NASA says. It’s known as a “lunar occultation,” and occurs when the moon passes in front of, or occults, Mars.

The spectacle will be visible to folks in parts of North America, Europe, and Northern Africa. Anyone located in the southeast of the U.S. or on the East Coast will see the moon just graze past Mars.

If, say, you’re viewing the occultation from the U.S., Mars will slip behind the moon between about 6:30 and 9 p.m., depending on where you’re watching from. Any decent skywatching app will have the precise times for different areas.

“The moon passes in front of planets in the night sky several times per year,” NASA explains. “In fact, it generally occults Mars itself at least a couple of times per year. But each occultation is visible from only a small portion of Earth’s surface, so it’s not super common for any particular spot on Earth to see them frequently.”

The space agency notes how stars simply blink right out when the moon passes in front of them. “But planets are not just points of light like stars — they appear as circular little disks, so planets actually take several seconds to disappear and later reemerge,” it says. “So if you’re in the viewing zone, enjoy this relatively rare opportunity to watch a bright planet being occulted by the moon.”

Finally, NASA says December is an excellent time to view the winged-horse Pegasus, one of the largest of the 88 constellations. If you want to try locating it without checking your skywatching app first, then try first to find what’s known as the Great Square, four stars of roughly equal brightness that form the central part of the horse’s body. You can use Jupiter to help you locate the Great Square. Face southward to find the giant planet about halfway up in the sky — the Great Square starts about 15 degrees to the north of it.