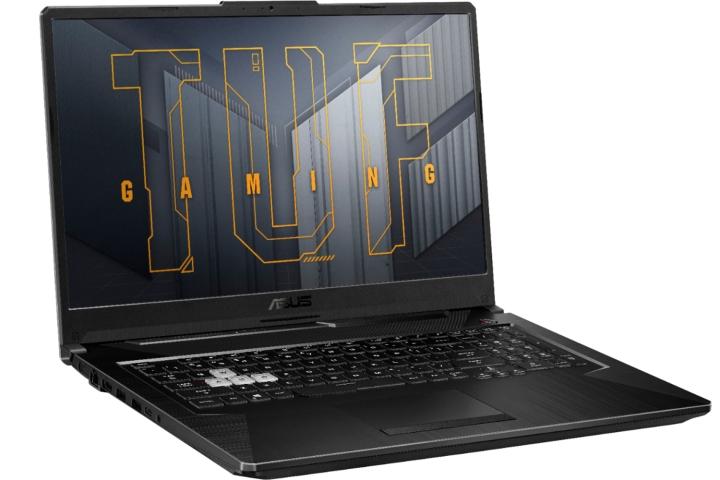 Gaming laptops have come a long way, even in the past few years, from being bulky things that could barely play games at medium settings to slightly less bulky things that can play the latest AAA games at reasonable settings. That said, there’s a huge variety of laptops out there with hundreds of different settings to pick from, which can be a bit confusing. So, we’ve collected the best Gaming laptop deals for you at different price ranges so you can pick the thing that works for you the best. While you’re here, be sure to check out our roundup of some of the best gaming PC deals for alternatives, especially if you don’t need something as portable!

While most folks are familiar with ASUS’ ROG lineup of desktop PCs and laptops, many probably aren’t aware that ASUS created TUF as a budget-friendly version of the ROG. As such, this ASUS TUF Gaming Laptop is very well-priced and has good gaming specs, especially with the RTX 3050 running under the hood. Luckily, the 15.6-inch FHD display won’t tax the GPU too much, and the 144Hz refresh rate gives you a bit of leeway in handling your performance and graphical settings. The Intel Core i5-11400H is also an excellent mid-range CPU to run more CPU-intense games like strategy and simulation. On the downside, you only get 8GB of DDR4 RAM, which is the minimum we expect on a gaming rig, and we strongly encourage you to get another 8GB stick for the dual-channel performance upgrade. As for storage, you get a 512GB SSD, which is pretty good for a budget gaming PC. All in all, this is likely one of the best gaming laptop deals you will find in this price range.

For the most part, this Dell G15 runs roughly the same specs as the ASUS TUF gaming laptop. The main difference is the use of an AMD Ryzen 5 6600H instead of intel, and they’re about the same in terms of performance, with the AMD being slightly better. You also get 8GB of DDR5 memory, which is a bit more robust. On the other hand, the screen refresh rate is lower at 120Hz, and you get a small 256GB SSD, which will likely necessitate grabbing one of these external hard drive deals. Ultimately, a lot of the choice between the G15 and the ASUS TUF is aesthetics since they’re both very similar devices and great deals to grab if you can.

If you want to game on something relatively small, this ASUS ROG Zephyrus G14 packs an enormous punch for its small size. Asus has somehow loaded an RTX 3060 in a 14-inch laptop that’s only 0.8 inches thick, which is impressive. The screen runs an FHD resolution at a 144Hz refresh rate, which is excellent news since the RTX 3060 can handle that easily, even with some of the latest games. Besides that, you get an AMD Ryzen 7 5800HS CPU, 16GBs of RAM, and 512GB of SSD storage, all of which are on par for a mid-range gaming laptop. As for overall construction, it’s excellent, with little to no flex on the keyboard, which makes sense, and a surprisingly good battery life of six hours with general tasks and about four hours with heavier use. As you can see, there’s a reason we put this on our list of best gaming laptops on the market.

While the G14 is great, the smaller size might not be ideal for most folks, and if you want something more powerful than the ASUS TUF and Dell G15, this Alienware is the next best option. The RTX 3050 Ti that’s under the hood is only slightly better, but the 15.6-inch FHD screen can go as high as 165Hz of refresh rate. That’s a big deal if you’re playing the big free-to-play games like CS:GO and Leauge of Legends, and while the RTX 3050 Ti might struggle to hit that refresh rate with modern games at high settings, you still have a bit of wiggle room. Luckily the CPU is a powerful AMD Ryzen 7 6800H, so you can get some productivity and editing work done, making this a versatile laptop. As for the RAM, you get an impressive 16GB of DDR5 and a 512GB SSD. The overall construction is also pretty solid, with a mediocre battery life, which is to be expected for a gaming laptop. In the end, this is one of the best gaming laptop deals if you want high-end RAM and CPU.

While the RTX 3050 Ti is nice, the RTX 3070 Ti is even nicer, and if you’re looking for the best gaming laptop deals at this tier, this Alienware M17 R5 is the one to go for. With a whopping 17.3-inch screen, you have all the real estate you could ever need, and while it’s still only at FHD, it has an incredible 360Hz refresh rate. Luckily, at FHD, the RTX 3070 Ti can hit that, so this laptop is built around big free-to-play games like CS:GO at a high level. That doesn’t mean the rest of the specs are bad, especially since you get an AMD Ryzen 7 6800H, 16GB of SSD RAM, and 1TB of storage. Battery life isn’t great, although that’s to be expected with gaming laptops, although overall construction is solid with a great keyboard and touchpad.

Of course, if you want the best the industry has to offer, the RTX 3080 is your best bet; it’s one of the most powerful GPUs you’ll see stuffed into a gaming laptop, and besides the RTX 40-series, its one of the best card on the market. Besides the upgraded graphics card, you also have a better 15.6-inch QHD monitor with a 240Hz refresh rate, which is the sweet spot for gaming laptops regarding size and resolution. You also have the genuinely top-tier AMD Ryzen 9 6900HX, which is not only very efficient and helps with battery life but is also one of the most versatile CPUs on the market, allowing you to do pretty much anything. Backing that up is a whopping 32 GB of DDR5 RAM in a dual-channel configuration. Finally, Dell throws in a 1TB SSD and a reasonably good battery life, although you’ll likely need to be plugged in whenever you do anything heavy-duty like gaming. Either way, this is easily one of the best gaming laptop deals on the list if you want the best of the best.