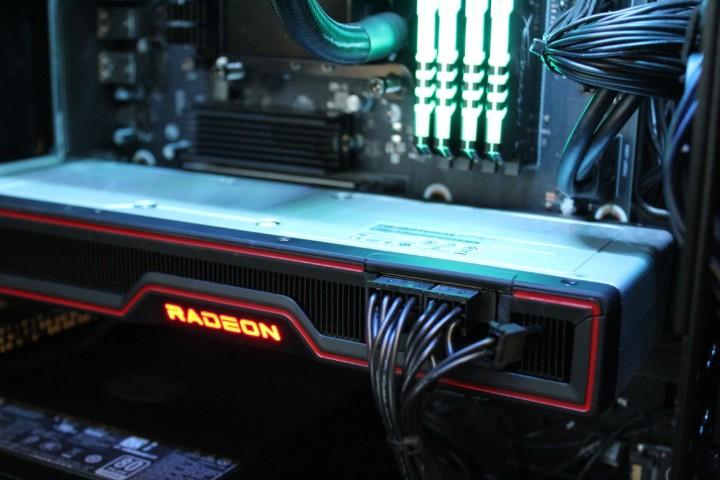 Say it with me: “Building a gaming PC is getting more expensive.” Price is top of mind when building a gaming PC in 2022, and why wouldn’t it be? Today, the best graphics cards will cost you well over $1,000, DDR5 is ungodly expensive, and CPU prices are double or even triple what they were a decade ago.

It’s easy to add up the numbers and come to a conclusion, but that ignores game optimizations, falling prices of other components, and the various upscaling tools players have to squeeze extra performance out of their PCs. Instead of adding up what you could spend on a gaming PC, I added up what you would spend.

And after digging into what $1,000 buys you today versus a decade ago, I can confidently say PC gaming isn’t getting more expensive.

You can still build a respectable midrange PC for $1,000 right now, despite soaring GPU prices. Although AMD has released its Ryzen 7000 processors (read my Ryzen 9 7950X review for more) and Nvidia has pushed out the RTX 4090, we’re still in the awkward middle ground between last-gen and next-gen. That means mostly last-gen components that offer great value now that prices are starting to drop.

For the most demanding games today, you’re looking at above 60 frames per second (fps) at 1440p with this configuration, as well as 4K with upscaling tools like FidelityFX Super Resolution (FSR). This configuration can play the most demanding games available today at max setting, given that you’re willing to sacrifice a bit in the ray tracing department.

That’s our baseline. If you spend $1,000 today, you’re not quite able to hit 4K in the most demanding games, but 1440p is still well within reach (oftentimes above 100 fps). You’re also getting 1TB of game storage, a recent six-core CPU, and a case and power supply combo with room to grow.

Wind the clock back to 2012: AMD had “HD” in its graphics card names, every motherboard was adorned with blue plastic, a metal PC case would run you over $300, and even a 60GB SATA SSD was over $100. We’ve come a long way.

Looking back, it’s interesting to see the same talking points that are present today, especially for the GTX 570 graphics card in this configuration. Even a decade ago, reviews complained of the “arm and a leg” price of the GTX 580, which launched at $500. It echoes what we’re seeing now with the RTX 4080.

Reflections aside, here’s the configuration I settled on from 2012, using prices on Newegg available through the Wayback Machine.

In 2012, DirectX 11 was brand new, and the landscape of demanding games looked much different. Batman: Arkham City led the lineup of titles, joined by The Elder Scrolls V: Skyrim, Crysis: Warhead, Battlefield 3, and Metro 2033 (the original release).

A decade ago, 4K was still a pipe dream, with 1440p being the aspirational resolution for the most expensive graphics cards. Or rather, 1600p was the aspirational resolution. At the time, 16:9 hadn’t caught on as the de facto aspect ratio yet, so most tests were run at 16:10. It’s important to remember that there weren’t any options for upscaling at this time — you got what you got with performance.

Is PC gaming getting more expensive?

It’s tough answering if PC gaming is actually getting more expensive because the answer is yes and no. For evidence, you don’t need to look further than Nvidia’s most recent GPUs. A flagship 10 years ago was $500. Today, it’s $1,200. If you want the best of the best, PC gaming is more expensive today than it was a decade ago.

But that’s a narrow segment of buyers who want that configuration. If anything, you’re getting more for your money today than you were a decade ago. Upscaling tools like Deep Learning Super Sampling (DLSS) make higher resolutions possible with less capable hardware, and your CPU plays much less of a role in gaming performance, allowing you to save some money by going with options from generations past.

Today, $1,000 buys you above 60 fps, and oftentimes closer to 100 fps, at 1440p with the possibility to play at 4K. A decade ago, you could skirt 60 fps at Full HD without much recourse for jumping up in resolution. Obviously, resolutions and game demands change over time, but it’s clear that games a decade ago were much more demanding on hardware than games today. You’re getting a better experience, even with the most tasking benchmarks available in each era.