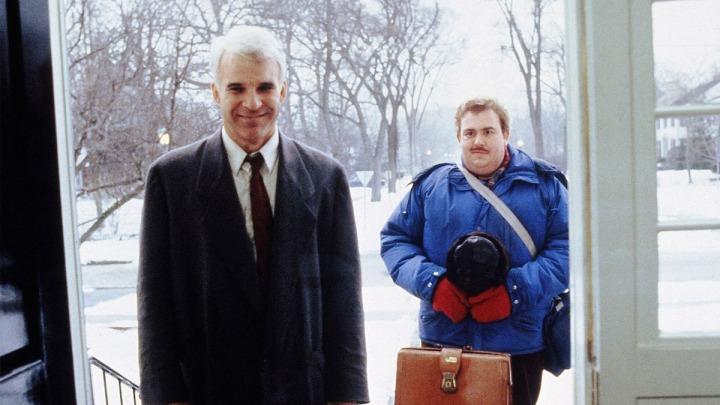 The Thanksgiving holiday is one of the busiest times of the year to travel. An estimated 55 million Americans will travel at least 50 miles for Thanksgiving, which is the most since 2005. No movie perfectly encapsulates the anxiety and dread of Thanksgiving travel more than Planes, Trains and Automobiles.

Steve Martin stars as Neal Page, a neurotic advertising executive on a business trip in New York City two days before Thanksgiving. Trying to get home to Chicago to spend the holiday with his wife and children, Neal meets shower curtain ring salesman Del Griffith, played by John Candy. When his flight is rerouted from Chicago to Kansas, Neal begrudgingly spends the night at a hotel with Del. Forming the odd couple, Neal and Del hilariously team up to make it back to Chicago in time for Thanksgiving.

Where is it streaming?

To watch Planes, Trains and Automobiles during the holiday season, head to Paramount+ to start streaming. Launched in 2014, ViacomCBS announced that CBS All Access would rebrand to Paramount+ in 2021. Now, the service includes content from Paramount Network, Nickelodeon, MTV, Comedy Central, and CBS.

In addition to Paramount+, there are several other platforms where Planes, Trains and Automobiles can be watched. One of these platforms is Pluto TV, a free ad-supported streaming video service, or FAST. Another platform offering this holiday classic is AMC, where subscribers only need to sign in with their cable provider. Also, Paramount+ can be purchased through other services like YouTube, Amazon Prime Video, Sling TV, and The Roku Channel.

When is it streaming for subscribers?

Planes, Trains, and Automobiles is now streaming on Paramount+.

The Essential plan costs $5 per month or $50 per year. The Essential plan includes limited commercial interruptions while watching movies and shows. Although it does not include local live CBS stations, the UEFA Champions League and NFL on CBS are available to stream on separate feeds.

The Premium plan costs $10 per month or $100 per year. The Premium plan is commercial-free and includes local CBS live feeds and the two sporting leagues in the Essential plan. There are some advertisements on live TV feeds.

Yes, especially to witness two comedic giants at the peak of their powers. The official synopsis reads: “An uptight businessman teams up with an irritating know-it-all blabbermouth to find any means possible to make it home for Thanksgiving when a major snowstorm strands them in the Mid-West.”

On Rotten Tomatoes, Planes, Trains, and Automobiles sits at 92% on the Tomatometer and registers an 87% audience score. On Metacritic, the film holds a Metascore of 72 and a user score of 7.8.