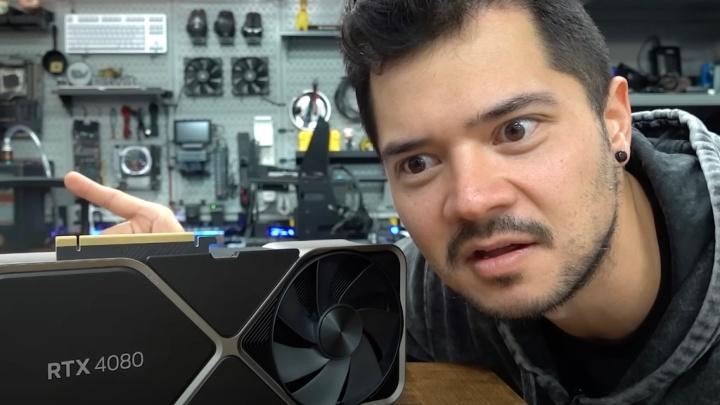 Want to build a gaming PC but don’t have thousands to shell out for an RTX 4080? We’ve got good news for you. Kyle Hansen of the Bitwit YouTube channel built a PC with a Ryzen 5 and Radeon RX 6800 for half the price of an Nvidia-powered machine.

Let’s be honest. Hansen was lampooning Nvidia and Intel when he slapped together this “budget” gaming PC, but the results were shocking. Forza Horizon 5 rendered at 110 fps on ultra settings (2560 x 1440), which is a respectable rate and undermines Nvidia’s claims of the RTX line being the only good GPUs on the market.

Hansen added 32 GB of RAM to his build and bought himself a practical yet capable MSI B550-A Pro motherboard. The entire build cost him $1,198, including the case. When you compare that to the $1,199 price tag of a single Nvidia GeForce RTX 4080 graphics card, it becomes clear there is a problem with Nvidia’s pricing.

Nvidia made a few people angry in September when they claimed falling GPU prices were “a thing of the past.” And while AMD has been cutting prices on their chips, Nvidia remains stuck on high prices.

Another problem arises from the hordes of scalpers who have decimated the supply. It can be hard to find Nvidia graphics cards from direct channels, but a quick trip to eBay will surface hundreds of people selling RTX GPUs at inflated prices.

Hansen proves you can avoid all of that and build a low-cost performance PC with in-supply chips from other brands.

AMD’s Ryzen 7000-series processor just had a price cut, so you can spec out your new build with top-of-the-line chips for a lot less than you would spend on an Intel and Nvidia combo. And as Hansen proved, the performance is just as good.