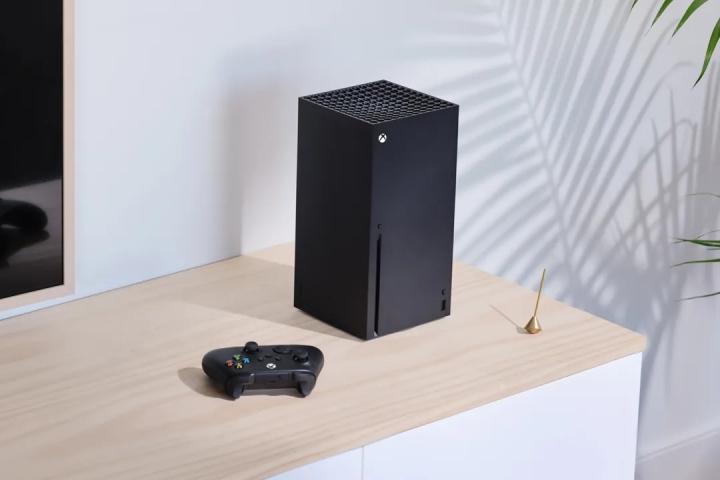 One of the best holiday presents every year is a new video game console, which often leaves inventories out of stock on some of the most popular current consoles. Right now, however, you can snag the Microsoft Xbox Series X at Walmart, as it’s in stock and ready for purchase. The super popular and super fun gaming console is $499 today, and includes holiday delivery. You’ll need to act quickly to claim this, because as previously mentioned, there’s no telling how long the Xbox Series X will remain in stock.

Why you should buy the Microsoft Xbox Series X

Since it jumped into the gaming world with its Xbox gaming console, Microsoft has advanced both its hardware and software capabilities, culminating in the Xbox Series X. At the heart of the Series X is Xbox Velocity Architecture, which pairs a custom solid-state drive with integrated software for faster, streamlined gameplay with significantly reduced load times. One of the most impressive things about the Series X is its ability to game at 4K resolution, and at 120 frames per second. This creates an immersive, beyond lifelike image that will have you adventuring through the best Xbox Series X games for hours on end. This also makes the Series X something worth pairing with one of the best TVs.

The Series X is, in fact, the most powerful Xbox ever. It has 12 teraflops of processing, which is more than even many visual effects computers possess. 3D spatial sound creates an immersive environment around you as you play, and simple things like Quick Resume make it easy and convenient to seamlessly move between multiple games. The Xbox Series S is out there as well, and it may be worth comparing the Xbox Series X and Series S to see which may be right for you. It also couldn’t hurt to compare the Xbox Series X and PS5 to see if another platform best suits your gaming ambitions.

Coming in at $499 at Walmart today, you’ll need to grab the Xbox Series X while you can. It’s not easy to find one available this time of year, and Walmart currently has them in stock. You can also save a few bucks once it arrives by diving into the best free Xbox Series X games.