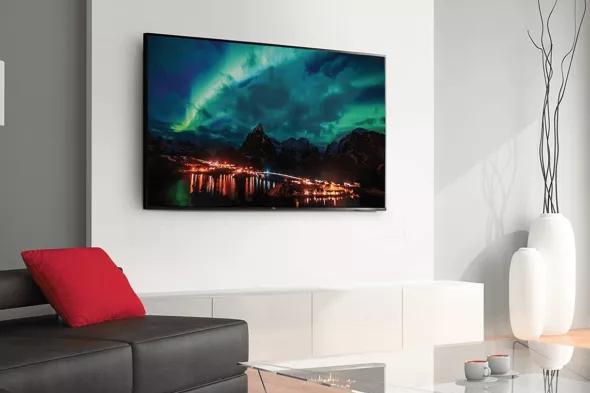 It’s almost shocking how cheap 4K TVs are nowadays, and if it’s time for a new screen for your movie room, then the Black Friday sales are here early which means now’s the time to buy. This is when you’ll find TVs on sale at the lowest prices all year, and retailers are already throwing back the curtains on their Black Friday TV deals in an effort to draw in shoppers. Walmart Black Friday deals include a deep price cut on the 65-inch TCL 4-Series 4K Roku TV, which is on sale right now for just $228.’

TCL is one of the best TV brands if you’re looking to setup or upgrade a home theater on a budget, and at 65 inches, this TCL 4-Series Roku TV is a great choice for living rooms, basements, and other larger common rooms where you’ll be enjoying some entertainment. Its Roku TV software interface is a favorite among many smart TV users, as it’s slick, intuitive, reliable, and extremely user-friendly. It puts all of your favorite streaming apps (Netflix, Hulu, etc.) right on the home screen, along with non-streaming media sources like cable boxes, Blu-Ray players, and gaming consoles. That means you don’t have to fiddle around too much with input settings if you’re the type to frequently switch between apps and devices on your TV.

The 4-Series is TCL’s entry-level model, so while it may lack the bells and whistles of more advanced QLED and OLED TVs, it’s a fraction of the price. Nonetheless, this TV still has everything you need for everyday viewing enjoyment, including support for high dynamic range. Having an HDR TV is important today, as this unlocks a wider range of colors for a brighter and more vibrant picture with better contrast than standard dynamic range. The TCL 4-Series Roku TV is also compatible with Alexa, Siri, and Google Assistant, so if you have any smart home devices powered by those voice assistants (such as a Google Nest or Amazon Echo smart speaker), you can connect them to your TV for easy voice control. You’ve also got four HDMI ports for input devices, and HDMI-ARC support lets you hook up a soundbar with a single HDMI cable if you want.

Walmart’s early Black Friday event has the 65-inch TCL 4-Series 4K Roku TV marked down to just $228 right now, which is a shockingly low price that makes this by far one of the best Black Friday TV deals available right now. If you’re in the market for a cheap 65-inch 4K smart TV and don’t want to wait until after Thanksgiving for Black Friday to officially start, this is the one to buy.