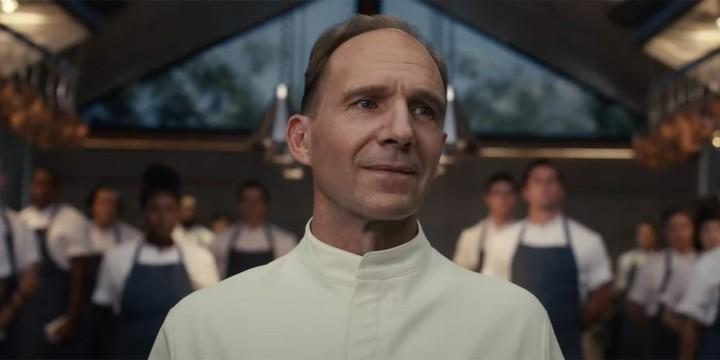 Eating the rich is usually a metaphor, but in The Menu, it’s a little more literal. The movie, which follows a group of wealthy people who have paid for an extravagant meal on a secluded island, is a pointed satire filled with smart surprises.

Directed by Mark Mylod, the dark comedy skewers (excuse the pun) foodie culture while delivering a thrilling plot that is at once logical and absurd. If you want to know what goes down during the movie’s conclusion, follow us past the spoiler warning below.

Warning: The rest of this post contains spoilers for The Menu.

As the wealthy patrons of this restaurant move through the courses of their meal, which have all been thoughtfully prepared by Chef Julian Slowik (Ralph Fiennes, Voldemort in the Harry Potter franchise) and his team, they begin to realize that everything is not okay. People begin dying, and it eventually becomes clear that Slowik intends to kill himself, his entire team, and all of his customers.

There’s only one wrinkle in his plan: Margot (Anya Taylor-Joy, Magik in the X-Men franchise film New Mutants), a customer that Slowik did not plan for. Margot, as it turns out, is a prostitute who has been hired by Tyler (Nicholas Hoult, star of the Hulu comedy series The Great), one of the other customers, because his girlfriend broke up with him. Tyler knew that everyone would die at the end of the meal, but he was so desperate to experience Slowik’s food that he went anyway, and hired Margot because he knew that Slowik wouldn’t take him alone.

Margot is not part of Slowik’s plan, so Slowik gives her a choice: She can join the servers, or stay with the customers. She ultimately joins the servers but uses a rare moment alone to call for help. Slowik has planned for this eventuality, though, and so she realizes that she’s utterly and completely trapped.

At that point, Margot realizes what she has to do, and what no guest has done to Slowik in a long time: She decides to send the food back. She tells him that she is not satisfied with his intellectual dishes, and doesn’t feel any love coming from his food. Instead of his dishes, which are often too smart for their own good, she orders a simple cheeseburger after having seen a picture of Slowik flipping burgers as a young man in the ’90s.

He makes the burger, and she eats just one bite. Then, she asks if she can take the rest to go, and he says that she can. She worms her way off the island as Slowik prepares his final course with the rest of the guests who have earned their doomed fates, at least in Slowik’s mind.

As Margot takes a boat back to the main land, we see Slowik and his staff preparing the dessert, which is a modified take on s’mores. The customers are dressed in chocolate and marshmallows, and the entire restaurant is set on fire. Margot, meanwhile, arrives on the mainland and eats the rest of her burger. She pulls the menu for the evening out of a goodie bag she was given, and uses it to wipe her mouth.

In the movie’s final moments, it emphasizes that Slowik, for all his moral righteousness, is just as broken as his customers. They’ve been ruined by a culture that loves food for all the wrong reasons, and the only way to escape is not to play. Food is supposed to bring joy, and when all you do is think about how to make it clever, you lose joy completely.

The Menu is now playing in theaters nationwide.