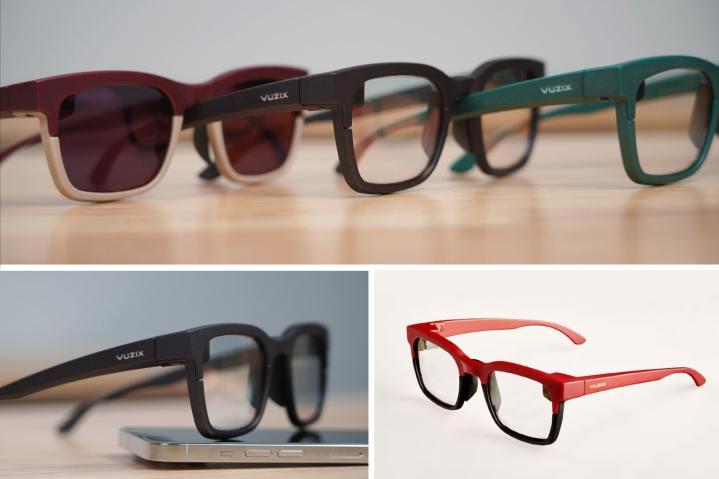 Vuzix Ultralite AR glasses weigh about the same as a normal pair of sunglasses, but are actually smart lenses that have a remarkably long battery life. While Vuzix is best known for augmented reality solutions for enterprise and military use, the Ultralite is designed for consumers.

Weighing just 38 grams, Vuzix Ultralight promises to solve the problem of fatigue that has plagued early AR glasses. It also solves battery life issues with a reported two-day battery life. Unlike some solutions that are bulky or feature camera humps, the Vuzix Ultralight is slim and stylish with only a tiny hint of technology hidden behind the right lens.

The monocular display is based on advanced waveguide and micro-LED technology, which has previously only been available in the most expensive TVs, so it should be quite bright and crisp. The full details are not yet available, but it will be compatible with both iPhones and Android phones to display notifications, directions, translations, workout status, and more.

Vuzix recently announced that these upcoming Ultralite AR glasses have won a CES 2023 Innovation Award in the Wearable Technology category. Only two AR glasses have received this award so far.

We can expect to see the AR glasses market explode in the near future with Qualcomm’s recent announcement that the Snapdragon AR2 Gen 1 will be powering several new stes of smart glasses in 2023 and 2024. It’s unclear what processor will be used in the Vuzix Ultralite, but we’ll get all of the details at CES and hope to share a review of this exciting technology in the near future.