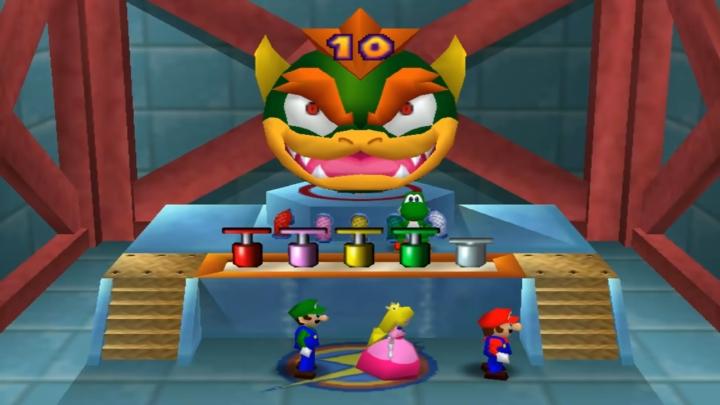 Everyone loves a fun round of Mario Party. While this classic board game was a hit on the N64, it hasn’t been easily accessible to people who don’t have, or don’t want to hook up, that aging console. Now, thanks to the Nintendo Switch Online + Expansion pass service, this seminal game that spawned one of the best party game series is widely available in its original form. Not only that, but it will finally allow players to compete online in addition to locally.

When you first boot up a fresh file of Mario Party, you will have access to six awesome boards themed around different Mario characters. Each one has a difficulty rating associated with them, with three stars being the most difficult. However, you might notice that there are two other boards, both ranked three stars, not available right away. Bowser’s Magma Mountain and Eternal Star are two special, unlockable boards that really crank up the hazards. If you want to party on the most dangerous boards in the game, here’s how to unlock Bowser’s Magma Mountain and Eternal Star in Mario Party.

How to Unlock Bowser’s Magma Mountain

The first of the two boards you can unlock is Bowser’s Magma Mountain. This will take a bit of effort and time, but it’s nothing you won’t be able to do naturally if you enjoy the game. It’s just the last step that may trip you up.

Step 1: Play each of the default boards and complete them at least once time each.

Step 2: Collect at least 980 coins across all your games.

Step 3: Go to the Mushroom Shop in Mushroom Village.

How to unlock Eternal Star

To get your hands on the very last board in Mario Party, a much larger time commitment is required. Unfortunately, there’s no real easy way to speed the process up, but you can at least know what your goal is to unlock Eternal Star.

Step 1: Play every board, including Bowser’s Magma Mountain, at least once.

Step 2: Collect at least 100 stars across all your games.

Step 3: Go to the Mushroom Bank in Mushroom Village.

Step 4: Read the note Bowser left, enter the Warp Pipe, and select the Eternal Star board.