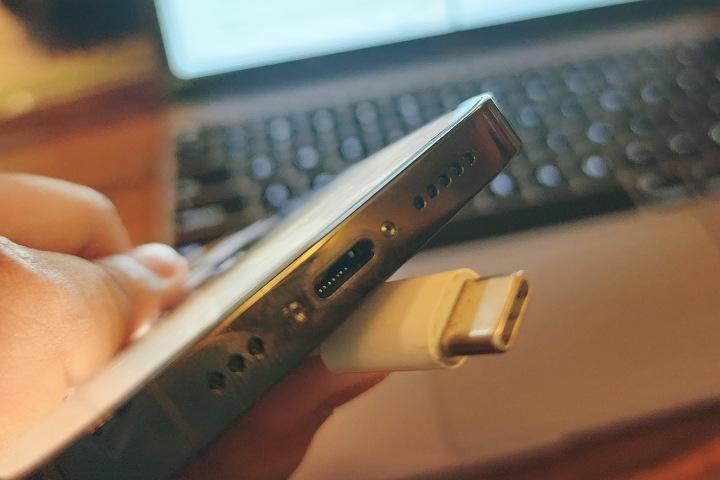 The iPhone 14 series just came out a few months ago, and while many are (or will be) enjoying everything that the iPhone 14 and iPhone 14 Pro have to offer, we need to look ahead to the iPhone 15.

After all, rumors have already started, and technology is constantly evolving. We may have reached a peak in mobile tech, but hey — there are still some things I want to see in the next iPhone. When the iPhone 15 inevitably launches in September 2023, these are the six things I want to see.

In October 2022, the European Parliament approved a regulation that mandates all electronics, including smartphones and tablets, to use a common charger in an effort to reduce e-waste. Because of this, Apple is basically being forced to switch the iPhone over to USB-C, eliminating Lightning forever. After all, MacBooks and even iPads have all moved to USB-C, and the iPhone has been the sore standout.

Though Apple technically has to comply by 2024, I think it would be silly to wait until the iPhone 16 to move to USB-C. I really hope to see USB-C already implemented on the iPhone 15 lineup, to get it out of the way sooner rather than later — and just to make it universal across all of Apple’s product line already. With the iPad 10th Gen now using USB-C, it’s only a matter of time. Apple might as well just rip the bandaid off and get it over with.

If we don’t have a USB-C port on the iPhone 15, I’m going to riot (not really, but I will be frustrated).

Dynamic Island for all

The Dynamic Island is one of my favorite things about the iPhone 14 Pro. It’s a clever blend of hardware and software, as this unique pill-and-hole-shaped cutout can dynamically change depending on what you’re currently doing. It’s genius! But it’s so disappointing that it was exclusive to the iPhone 14 Pro lineup.

The good news? Recent rumors suggest that the Dynamic Island will be on all iPhone 15 models, and will no longer be a Pro-exclusive feature. The notch has been on the iPhone display ever since the iPhone X, and to me, it’s been a big waste of space. The Dynamic Island makes that space useful with glanceable information and interactive elements that add a new layer of multitasking on iPhone.

I hope that with the iPhone 15, the notch dies once and for all. It’s been one of the worst things about the iPhone for the past several years, and all of the iPhone models — not just the Pro versions — deserve to avoid wasted screen space with Dynamic Island.

I’ve been an iPhone user for over a decade, and I’m just starting to dive into Android since starting here at Digital Trends. I see so many Android devices that have impressive zoom capabilities, and then I’m looking at my iPhone 14 Pro like, “Why can’t you do 100x zoom like the Samsung Galaxy S22 Ultra?”

I’m hoping that the iPhone 15 can get some improvements in this area by adding a periscope camera. Currently, the iPhone 14 Pro and iPhone 14 Pro Max only have a telephoto camera that can go up to 3x optical zoom and 15x digital zoom. When you have Android phones going up to 100x zoom, it’s just not good enough anymore. This is why Apple needs to add a periscope camera, which would give better zoom capabilities and is already being used in many Android devices, in order to catch up to the competition.

Based on what we know, the periscope camera rumor is very likely. However, there is also speculation that it is going to be exclusive to the larger iPhone 15 Pro Max model, which I would find disappointing. As someone with smaller-sized hands, I never liked the ginormous iPhones because they cause my hand to cramp up after extended use, and I simply can’t use them one-handed. Even the 6.1-inch size is a bit of a stretch for me.

I always buy the Pro models for the camera upgrades each year, so if the periscope is only going to be available on the model that I won’t buy, well, that would be very disappointing. I was incredibly happy when Apple stopped the camera differences with the iPhone 13 Pro (previously, sensor-shift optical image stabilization was only on the larger model), so if it goes back to having exclusive camera features on the Max model, it’ll be a sad day.

Reverse wireless charging is when you’re able to use the back of your smartphone to wirelessly charge up another device, such as wireless earbuds or a smartwatch. Though this has been something that has been rumored for the iPhone for the past few years, a new patent in 2022 could make this more of a reality for the next iPhone.

I would love to see reverse (aka bilateral) charging on the iPhone 15. I’m sure that I’m not the only one either. I have often come across a situation when I’m at Disneyland, for example, and my Apple Watch Series 5 is getting low on battery after being there all day. I don’t bring an Apple Watch charger with me, but I would always have my iPhone. If the iPhone 15 were to have reverse wireless charging, I would be able to easily top off my Apple Watch with some power throughout the day.

Having reverse wireless charging would also be beneficial for others, too, who may be running out of juice on their iPhone or Android device as well. And if you’re listening to music on wireless earbuds, like AirPods Pro 2, and forgot to charge the charging case, then using the iPhone 15 to top it off would be super convenient.

I mean, it’s been rumored for the past several years already, so it’s about time Apple made it a reality. With the most recent patent, it’s a possibility, though not all patents make it to reality either. Still, I’m hopeful.

Personally, I love Face ID — it is fast and makes life so much easier. I simply raise my iPhone 14 Pro up and give it a quick look, and it’s already unlocked. But I think having more than one option for biometric security is also good to have, and that’s why I would like to see the return of Touch ID in some form.

I’ve been playing with different Android devices, like the Pixel 7 and the OnePlus Nord N300 5G, for example. Both of these devices have face unlock as well as a fingerprint sensor, whether it’s under the display (Pixel 7) or on the side power button (Nord N300). Apple should bring back Touch ID as a secondary option for biometrics, preferably under the display.

I know that Apple got rid of Touch ID in favor of Face ID because it’s easier, but some people still prefer Touch ID, and maybe others want more layers of security for their devices. Regardless, it would be nice to see Touch ID come back in addition to Face ID.

As much as I love the classic flat edges of the iPhone 12 to iPhone 14 series, which were inspired by the old iPhone 4 and iPhone 5 handsets, I want to see something fresh with the iPhone 15. Sure, those flat edges are a tried and true design, but it’s getting a little stale now that it has been used for the past three generations of iPhone. Plus, those camera bumps are just getting bigger and bigger each year — it’s time for something more streamlined, flush, and sleek. Personally, I’m becoming a fan of how the camera bar on the Pixel devices looks.

Could Apple ditch the flat sides and return to more rounded edges, or even go with curved screens like some Android devices? Who knows at this point, but I think it’s time for something new.

It’s time for a new era of iPhone

I’ve been using the iPhone ever since the original, so I’ve been watching it evolve over time. Each year, Apple brings in some big improvements over the last iteration, though some years it’s more iterative than revolutionary. I think after the iPhone 14 and iPhone 14 Pro, it’s time for some big changes, and these six things are features I’m hoping for in Fall 2023.

Some of these hopes are more likely than others, given recent reports and rumors. Others could just be a pipe dream. But hey, I’m going to keep crossing my fingers.