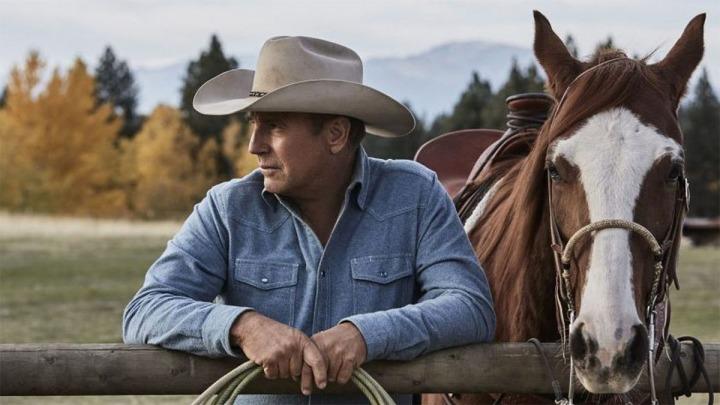 Yellowstone is a hugely popular show that looks at the conflicts between a large cattle ranch, a Native American reservation, and land developers. The show stars Kevin Costner as John Dutton, the gruff but likable patriarch of a cattle dynasty who tries to fend off competitors, as well as rein in his unruly family. Luke Grimes, Kelly Reilly, and Wes Bentley star as Dutton’s children, who have their own set of dramas.

With a fantastic cast and storylines that mix soap opera and red-state social commentary, Yellowstone follows the Dutton family, as well as internal politics between the different landowners. The show, created by Taylor Sheridan and John Linson, has streamed four seasons so far and its massive success shows no signs of stopping.

Where can I watch it?

The only way to watch the fifth season of Yellowstone, in addition to its four previous seasons and spinoffs, is on the Paramount Network.

You’ll need a TV provider to log in or you can sign up for a free 24-hour Live TV pass with your e-mail, name, and date of birth to watch the season premiere.

When is season 5 available?

The current season debuts Nov. 13 on the Paramount Network with two episodes. After that, one episode will debut each Sunday until the season finale on January 1, 2023. You can also stream previous seasons of Yellowstone on Paramount+.

If you crave Dallas-style drama mixed with lots of cattle, guns, and plaid, then Yellowstone is for you. The show is a huge streaming hit, and has already spawned a multiverse of sorts, with 1883 airing a year ago and another prequel, 1923, set to air next month with Harrison Ford and Helen Mirren in the lead roles.

Don’t take out word for it, though. Yellowstone currently has an 83% on the Tomatometer and a 57 on Metacritic.