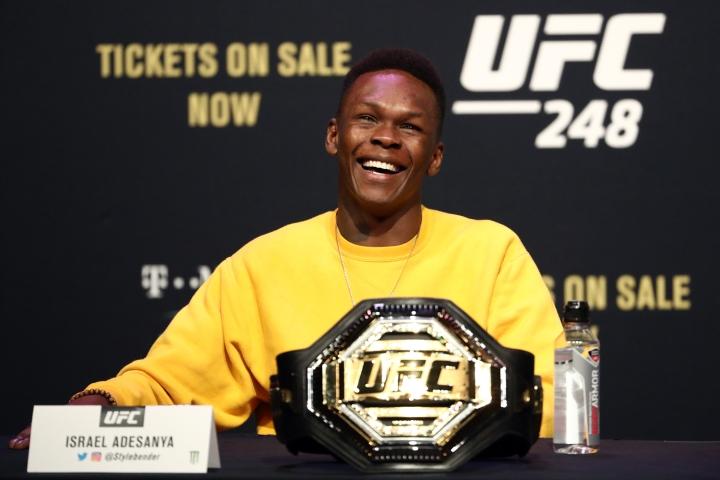 Tonight, at Madison Square Garden in New York City, Israel “The Last Stylebender” Adesanya is defending his UFC Middleweight Championship against title challenger Alex Pereira in a high-stakes pay-per-view event. This PPV airs in the U.S. exclusively via ESPN+, so if you’re getting ready to watch the UFC 281 live stream online this evening, now’s the time to sign up and grab your ticket. If you’re new to ESPN+, you might even be able to save some cash on the pay-per-view, so read on.

How to watch UFC 281: Adesanya vs. Pereira online in the U.S.

As with all UFC pay-per-views, UFC 281 will be broadcast in the U.S. on ESPN+ and nowhere else. That means that you’ll need to sign up for this premium streaming service in order to watch the Adesanya vs. Pereira live stream online tonight. By itself, ESPN+ costs $10 per month or $100 per year following a recent price increase, while UFC PPV tickets currently cost $75 per event for ESPN+ members. However, if you’re a new ESPN+ subscriber, you can snag a one-time bundle deal offer that lets you get a one-year ESPN+ membership along with the UFC 281 pay-per-view package for $125, giving you a nice $50 discount on their normal combined price of $175.

UFC 281: Adesanya vs. Pereira currently has 14 fights scheduled across three cards, with two championship bouts slated for the main card. The headliner is the middleweight bout between reigning champ Israel Adesanya (23-1) and challenger Alex Pereira (6-1). Pereira is ranked fourth on the UFC middleweight roster and is on a streak of five wins, his most recent victory being a KO against Sean Strickland at UFC 276. Since unifying the UFC Middleweight Championship two years ago, Adesanya has successfully defended it five times.

The co-main event is a contest for the UFC Women’s Strawweight Championship, where Carla Esparza (20-6) will attempt her first title defense against former champ Zhang Weili (22-3). Esparza recently captured the belt at UFC 274 from former champ Rose Namajunas, who previously had two back-to-back victories over Weili where she took and then defended the strawweight championship. Now, Weili — the second-ranked women’s strawweight fighter — is once again vying to reclaim her title.