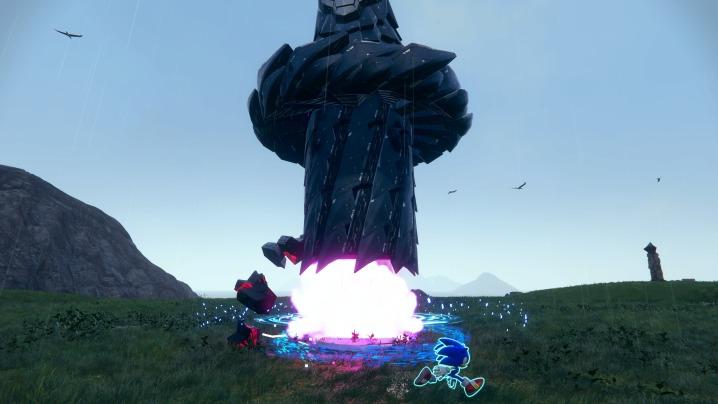 Sonic has tried his hand at many genres over his career. He’s obviously most well-known for his 2D and 3D high-speed platforming but has also starred in racers, sports games, fighters, and even pinball games. Sonic Frontiers is another 3D adventure, but with a heavier emphasis on RPG mechanics than ever before. Not only will you be leveling up Sonic’s stats, including his speed, but you will also unlock new abilities via a skill tree.

The skill tree itself in Sonic Frontiers is not too complex. You have a starting point and two main branches, but the number of skill points each skill costs goes up exponentially. This makes selecting what skill to get first far more important since you likely won’t get your next one for quite a while if you don’t like it. Rather than pick a dud, here are the best skills to unlock in Sonic Frontiers.

Cyloop is the first skill on the list, and thankfully, it’s a good one. It only costs one Skill Point, and you have to get it anyway, but it’s a brand new move you’ll be using often. Here’s the description:

“Run around while leaving a trail. After creating an enclosure with the light trail and then releasing the button, various effects can happen.” Essentially, you just hold the button down to draw a circle around your target and then release it to affect them in different ways depending on what you’re interacting with, such as revealing hidden items.

This move is much better than the game of the same name, which, to be fair, isn’t saying much. Here’s how it’s described:

“A high-speed kick that unleashes shockwaves to pummel the enemy.” That’s about as much description as you need. You pull this move off by holding the left trigger while either doing a combo or while in the air to trigger the move. It deals good damage at range, plus stuns most enemies, making it a very safe way to attack. It will cost you five Skill Points to unlock.

Wild Rush is a perfect attack for Sonic. It’s fast, aggressive, and flashy. The description reads:

“A high-speed, zigzagging attack.” That’s accurate, as Sonic will zip around his target, unleashing a flurry of attacks. It’s easy to pull off as well, only asking you to hold one of the bumpers while hitting attack. It costs 10 Skill Points to unlock.

The description of Air Trick will leave you confused, underwhelmed, or both, but in reality, this is a very useful skill. It isn’t a combat skill, however, and instead allows Sonic to perform tricks in the air (get it?) that earn Skill Pieces. The more Skill Pieces you get, the more skills you can unlock. The unhelpful description says:

“Air Tricks can be performed when sparks surround Sonic while he is in the air. Perform Air Tricks to earn Skill Pieces.” Get this one as early as you can for just five Skill Points.

Auto Combos are typically viewed as low-skill or lazy and take the fun out of games, but Sonic Frontiers‘ combat isn’t exactly its strongest component. In fact, the more skills you unlock, the more confusing the different combinations become to pull off. Auto Combo takes all the frustration out of executing the right input, even at the cost of some damage, and just has Sonic pull off combos that suit the current situation. Here’s the description:

“Battle skills that have been unlocked will be automatically activated during combos. However, damage dealt will be reduced. After unlocking a skill, you can toggle auto combo on/off from Options.” Unlock this option for 20 Skill Points.

This skill is almost like a dedicated Auto Combo for the Cyloop move. With it, you can pull off the move with a single button press rather than having to manually circle your target, making it easier to incorporate into your combos. The description reads:

“Press [the] Y button during a combo. Quickly Cyloop around the enemy when the Cyloop meter has maxed out and turns blue. The meter fills up with every attack that hits an enemy and can be used continuously when it is still blue.” Grab this one for another 20 Skill Points.

Last up, Spin Slash is basically a better Wild Rush. It is a heavy-damage, single-target attack that looks and feels great to unleash. The simple description is:

“Surround an enemy with a multi-hit spinning attack.” Sounds simple and boring, but wait until you see it yourself. Buy it for 40 Skill Points in the late game.