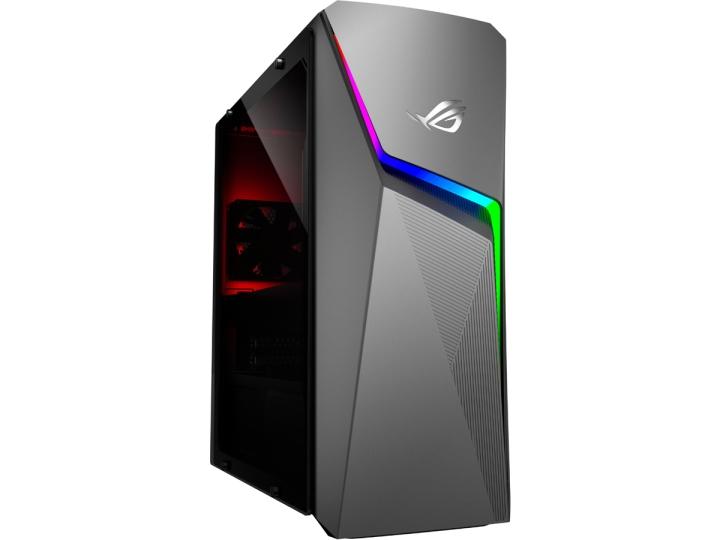 The big post-Thanksgiving sales extravaganza is still two weeks out, but with the holiday shopping season having started earlier this year thanks to Amazon’s Prime Early Access Sale, retailers are already launching some worthy Black Friday deals early. That’s great news for shoppers who aren’t keen to wait for Black Friday 2022 to roll around on November 25. Computers are always highly sought after during these sales, so if you’ve been waiting for a worthy deal on a new gaming PC for yourself or someone else, now’s the perfect time to get a head-start on your holiday shopping. We’ve even rounded up the best early Black Friday gaming PC deals below so you can jump right in. Also interested in something portable? Don’t miss these early Black Friday gaming laptop deals.

You don’t have to build a PC to get a great gaming machine at a good price, and the Asus ROG Strix desktop proves it. With an Intel Core i5-11400F and an Nvidia GeForce GTX 1660 Ti, you’ve got plenty of horsepower to handle modern 1080p gaming at good settings, and the boosted 16GB of RAM is twice the amount of memory you find on the majority of sub-$1,000 PCs. That extra memory helps not only with gaming, but with multi-tasking productivity as well, making the Asus ROG Strix a fine desktop for both work and play. The upgrade-friendly case also features LED accents and a see-through side panel so it looks great on your desk. Finally, a 512GB solid-state system drive rounds off the package with plenty of storage for your favorites from your game library.

The HP Omen 25L is our top pick among the best cheap gaming PCs, and for some very good reasons. It hits a great sweet spot between price and performance for a gaming desktop that rings in at less than a grand with a 12th-gen Intel Core i5-12400 CPU, 8GB of speedy RAM, and Nvidia GeForce RTX 3050 graphics card. Those specs are just fine for handling today’s games at good settings, and the striking white case with glass side panel doesn’t hurt this gaming PC’s appeal, either. The case also gives you plenty of connection ports, including USB-C, and for internet connectivity, you can choose between ethernet or Wi-Fi 6. It even has Bluetooth 5 connectivity for your wireless peripherals.

The Lenovo Legion 5i got the nod as one of the best gaming desktop PCs in the “budget-friendly” category, which should be no surprise considering that Lenovo knows how to build a computer. The brand may be best-known for the ThinkPad line, but you’ll find some solid gaming machines in the Lenovo stable, and the Legion Tower 5i delivers a lot of power for the price: With a Core i5-11400 processor, boosted 16GB of dual-channel DDR4 RAM, and an Nvidia GeForce RTX 3060 GPU (which boasts 12GB of GDDR6 VRAM), this desktop has more than enough muscle for running the latest games at high settings. Its 512GB SSD offers sufficient space for a installing good chunk of your Steam library, and its fan-cooled, RGB-accented, glass-paneled case looks great and allows for future upgrades when that time comes.

Need even more muscle? If the Black Friday gaming PC deals above haven’t made the cut, then the Legion Tower 7i has some worthy upgrades over the systems we’ve featured so far. Inside its stylish yet understated black case sits one of Intel’s newer 12th-gen Core processors, the i7-12700K, which boasts 12 cores. That’s an excellent CPU for productivity, and 16GB of dual-channel 4,800MHz RAM only helps with that productivity power. Those, combined with the GeForce RTX 3070 graphics card, mean that the Legion Tower 7i can handle just about any gaming or work need you can throw at it. Its 1TB SSD gives you plenty of space for installing games, too — and with Black Friday, Christmas, and the Steam Winter Sale coming up, you’ll definitely want some extra storage space for the games that are sure to be added to your library (your current backlog notwithstanding).

Every gamer knows that Alienware delivers top-notch hardware, but that premium design comes at a price. Nevertheless, if you’re a PC gaming enthusiast looking to score one of the baddest and beefiest desktop gaming computers around, Alienware is a name that needs to be at the top of your list. Case in point is the Alienware Aurora R14: Aptly dubbed the “Ryzen Edition,” this mean machine packs a 12-core AMD Ryzen 9 5900, 32GB of RAM, and an Nvidia GeForce RTX 3080 Ti graphics card, which is a great setup for 1440p or even 4K gaming if you have the monitor for it (and if not, early Black Friday sales are a fine opportunity to look for some gaming monitor deals when you’re done here). A 512GB SSD, Wi-Fi 6, Bluetooth 5.2. and plenty of connection ports round off this desktop, and we don’t even have to mention that striking black case which features Alienware’s updated thermal setup so it runs as cool as it looks. It’s not cheap, but “buy the best and you only cry once” — and early Black Friday gaming PC deals can mitigate the hit to your wallet.