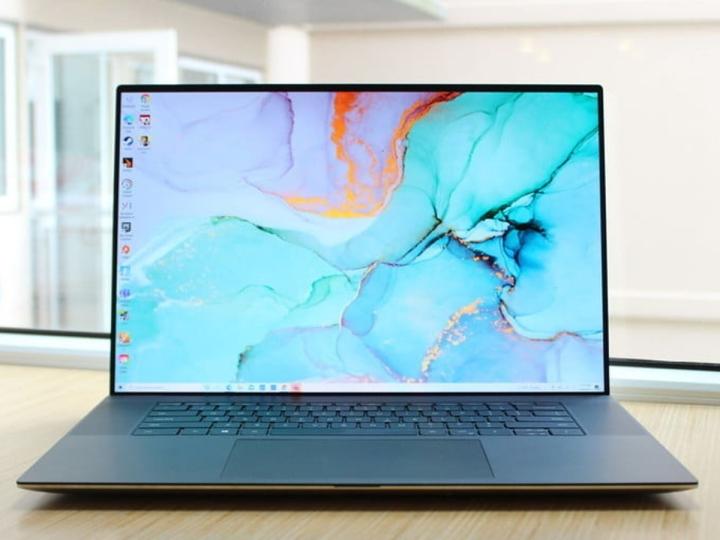 We’re approaching Black Friday season, and deals are already popping up. Retailers like Best Buy, Walmart, and Dell have already released some Black Friday deals, promising that the prices you’re seeing today are the same ones you’ll see on November 25, the actual date of Black Friday. Black Friday 2022 isn’t until November 25, but it’s not too early to start shopping. Laptops are one of the most sought after products on Black Friday. I mean, if you need to spring for an expensive but critical piece of tech, you might as well do it when the prices are at their cheapest. We’ve gathered the best deals we could find in the lead up to Black Friday right here. If you’re not sure which laptop you need, check out our laptop buying guide while you’re here.

Not every computer in our Chromebook deals may fit your specifications, but if you’re looking for something cheap and sturdy, it might be the way to go. Chromebooks don’t have all the functionality of a regular laptop, but if running basic Google apps and browsing the internet is everything you need, save some cash and grab this Asus Chromebook. At 14 inches, it’s on the smaller end of laptops, which can be a plus if you need to travel a lot and don’t want something super heavy. It has 4MB of RAM, which is the bare minimum for any laptop, but it will serve you fine when working in Google apps such as Docs, Sheets, and Drive. It’s equipped with a webcam and microphone, so if you need it for at home work or classes, you can still chime in on your meetings.

Dell is a value leader among the best laptop brands, with its Inspiron line representing the company’s budget-friendly, no-nonsense workhorse laptops. The new Dell Inspiron 15 3000 is an ideal portable workstation if you’re looking for cheap Black Friday laptop deals and don’t want a Chromebook. This one comes loaded with Windows 11 Home, giving you the latest operating system right out of the box, and under the hood, it packs an 11th-gen Intel Core i5-1135G7 processor along with 8GB RAM. And for storage, you’ve got a full 256GB SSD. That’s enough for storing vital files and installing important programs without having to over-rely on the cloud. The 15.6-inch 1080p display is a good size for productivity as well, while thin bezels and an overall slim design (complete with lift-hinge keyboard) prevent the Inspiron 15 from being too bulky to move around.

Gaming gear is always popular during the holiday sales, so it’s only natural that we’re already seeing some solid Black Friday gaming laptop deals. This HP Victus 15 is one of the best cheap gaming laptops as well as one of the best Black Friday laptop deals right now. This one has been nicely updated with one of Intel’s newer 12th-gen processors, the Core i5-12450H, along with 8GB RAM and an Nvidia GeForce GTX 1650 GPU to deliver pretty solid performance for work and 1080p gaming. Don’t expect to run the latest AAA games at “ultra” settings, but it has some impressive gaming chops for the price. A 512GB SSD also gives you plenty of room for installing games from your digital library, and the 144Hz display lets you crank up the frame rate a bit for smoother play.

HP is another of the best laptop brands, and its Pavilion line is comparable to Dell’s Inspiron laptops if you’re looking for a solid Windows PC for work or class. This one is a 2-in-1 as well, giving you some extra functionality thanks to its fold-flat touchscreen. Prop it up in tent mode, fold the display back for use in presentation mode, use it like a tablet, or just work on it like a regular old laptop — you’ve got four ways to party here. It even comes with a stylus pen for writing and drawing. A 12th-gen Intel i5-1235U 10-core CPU, 8GB of dual-channel RAM, and 256GB SSD give you plenty of muscle for everyday productivity, and speakers tuned by Bang & Olufsen make this a suitable multimedia machine, as well.

A few years ago, Apple laptops were lagging well behind the competition in terms of hardware. That quickly changed with the 2020 MacBook Air M1; sporting Apple’s own proprietary M1 chip, this MacOS laptop runs so cool and quiet that it doesn’t even need fans (which means it’s pretty slim, as you’d expect from its “Air” moniker). That doesn’t mean the M1 CPU is weak by any means. In fact, it’s blazing fast along with being thermally efficient. This MacBook backs up the M1 processor with 8GB RAM and a 256GB SSD, and the 13-inch 1600p Retina display is gorgeous. Although it’s been superseded by the new MacBook Air M2, we still love the MacBook Air M1, and you can be sure it will remain a highlight of this year’s Black Friday MacBook deals.

Another one of the best laptops right along with the MacBook Air M1 is the awesome Dell XPS 13. This sleek, gorgeous, and powerful 13-inch laptop can almost be considered a Windows alternative to the MacBook. That’s because it’s sleek, powerful, durable, and runs great. The 16:10 display is lovely with its super-slim bezels, 1200p resolution, and 500-nit brightness, and despite being on the compact side as a 13-inch laptop, the Dell XPS 13 is very comfortable to work and type on. Solid specs for productivity, great battery life, and world-class build quality cement the Dell XPS 13 as one of our favorites for years running, and Black Friday laptop deals are your chance to score this top-tier machine for less than a grand.

Lenovo makes a wide array of laptops, but for serious users, one name stands above the rest: the venerable ThinkPad (even if IBM was the progenitor of the line). The X1 Carbon arguably represents the pinnacle of modern ThinkPad design, right down to its excellent 14-inch 1440p display, beefy hardware, and Wi-Fi 6 and Bluetooth 5 connectivity. Specs include an Intel Core i7 CPU, a boosted 16GB of RAM, and 512GB of solid-state storage, so you’ve got more than enough muscle to get things done. And, of course, the X1 Carbon boasts all of the sturdiness, durability, and extra touches that the ThinkPad line is known for, right down to the beloved TrackPoint nub. Early Black Friday laptop deals let you score this beefy workstation at a pretty good price right now.

Compact ultrabooks dominate the laptop market today, but for some of us, it’s “go big or go home.” That’s not to say that 17-inch laptops have to be the huge, heavy machines of years past, and the Dell XPS 17 proves it. Its 17-inch 4K touch display is indeed big and beautiful, but it’s surrounded by razor-thin bezels and nestled inside a slim chassis. The result is that the Dell XPS 17 measures less than 15 inches wide and 0.77 inch thick. This updated model also packs a 12th-gen Core i7-12700H 14-core CPU, 16GB of DDR5 RAM, a 512GB SSD, and a GeForce RTX 3050 discrete GPU, giving you plenty of horsepower for work and even gaming. This is the ultimate multimedia machine with a price tag to match.