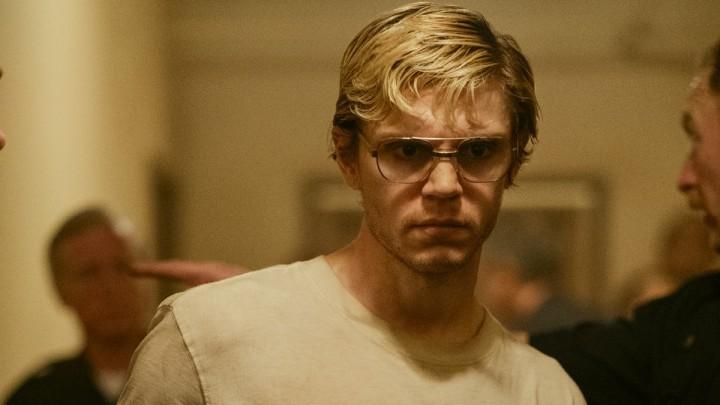 True crime’s popularity continues to soar in 2022. One of the latest dramas to dominate pop culture is The Watcher, Ryan Murphy and Ian Brennan’s enigmatic series about a couple who move to a new home in New Jersey with their two children. The couple’s life is turned upside down upon receiving threatening letters from a stalker known as “The Watcher.” Based on the 2018 article in The New Yorker, the quest to reveal the identity of the stalker is interrupted by nosy neighbors with ulterior motives.

The ensemble cast includes Naomi Watts, Bobby Cannavale, Jennifer Coolidge, Margo Martindale, Mia Farrow, Richard Kind, Christopher McDonald, and Noma Dumezweni. The series debuted at number one on the Netflix weekly Top 10. With The Watcher at the center of the streaming world, we explored five similar shows to watch if you’re in the mood for more mystery and thrills.

The disturbing life of one of the world’s most notorious serial killers became the subject of Dahmer – Monster: The Jeffrey Dahmer Story. Evan Peters stars as Jeffrey Dahmer, the deranged lunatic who went on to kill many teenage boys and men for over a decade in the midwest. The controversial series is told through the eyes of the victims as opposed to Dahmer. Starring alongside Peters is Richard Jenkins, Molly Ringwald, Michael Leonard, and Niecy Nash.

Dahmer became a monster hit for Netflix as the series has topped the streaming charts in October. In addition to their work on The Watcher, Ryan Murphy and Ian Brennan also created Dahmer. Although Dahmer is more violent than The Watcher, it’s a bingeable true crime drama that relies on suspense and shock value to draw in its audience. Because of the show’s success, the analogy series will receive two more seasons based around new “monstrous” figures yet to be named.

Julia Roberts headlining a television drama series for the first time in her illustrious career should be enough information to grab your attention. Roberts stars as Heidi Bergman, a social worker at the Homecoming Transitional Support Center that focuses on soldiers’ transition from active duty to civilian life. Four years later, Heidi works as a waitress with no recollection of her time at Homecoming. When a government agent questions her about a former patient, Walter Cruz (Stephan James), Heidi searches for answers as to what happened during her time at Homecoming.

The psychological thriller is based on the mystery podcast of the same name from Gimlet Media. Created by Eli Horowitz and Micah Bloomberg, the series stems from executive producer and director Sam Esmail, who is best known for creating Mr. Robot. The show’s second season focused on a woman (Janelle Monáe) who awakens on a rowboat with no recollection of her identity. If you enjoyed Bobby Cannavale’s performance in The Watcher, then check out Homecoming season 1 because the veteran actor stars opposite Roberts as the secretive antagonist.

Like The Watcher, The Staircase is based on a true story that includes unfathomable plot twists that make the audience question what’s real and what’s fake. Colin Firth plays Michael Peterson, a novelist who is charged with the murder of his second wife (Toni Collette) after finding her bloodied body at the bottom of the staircase. As the layers start to peel back on Michael’s personal life, a French documentary team (Juliette Binoche and Vincent Vermignon) are interested in filming Michael’s story and legal battle.

Stream The Staircase on HBO Max.

Out of all the shows on the list, The Watcher feels the most similar to Big Little Lies. Based on Liane Moriarty’s 2014 novel, Big Little Lies follows the seemingly idyllic lives of a group of women in Monterrey, California. However, the series opens up with a crime scene at the town’s school as a murder occurred at the school’s fundraiser. Flashing back to the beginning of the school year, Big Little Lies then chronicles the events leading up to the fundraiser as dangerous secrets and shocking revelations threaten the livelihoods of the women.

If you’re looking for another show about judgmental people taking an interest in the lives of others, then check out The White Lotus. Mike White’s satirical series explores the lives of the guests and employees of the White Lotus resort. Season 1’s ensemble cast at the Hawaiian resort includes Murray Bartlett, Connie Britton, Alexandra Daddario, Jake Lacy, Sydney Sweeney, Steve Zahn, and Molly Shannon. Season 2 is currently airing on HBO Max and features a new ensemble cast in Sicily.

If there’s one reason to watch The White Lotus after The Watcher, then it belongs to Jennifer Coolidge. The actress is currently experiencing an acting renaissance for her roles on both shows. Coolidge plays Tanya McQuoid-Hunt in The White Lotus, and her standout performance resulted in the Emmy for Outstanding Supporting Actress. No surprise that Coolidge is one of the best aspects of The Watcher as the real estate mogul, Karen Calhoun. This is Coolidge’s world, and we’re all witnesses to her greatness.